“When we see multi-million dollar transactions happen every day, while people cannot afford their rent every day, we have to do more.”

Last week, the Boston City Council voted 10-3 in favor of a home rule petition to the Massachusetts legislature to levy a real estate transfer tax on high-end sales.

A few days later, on December 16th 2019, Boston Mayor Martin Walsh signed the petition in a signing ceremony in Chinatown with housing advocates and lead sponsors. It now heads to the state legislature with growing home rule petitions from other communities. 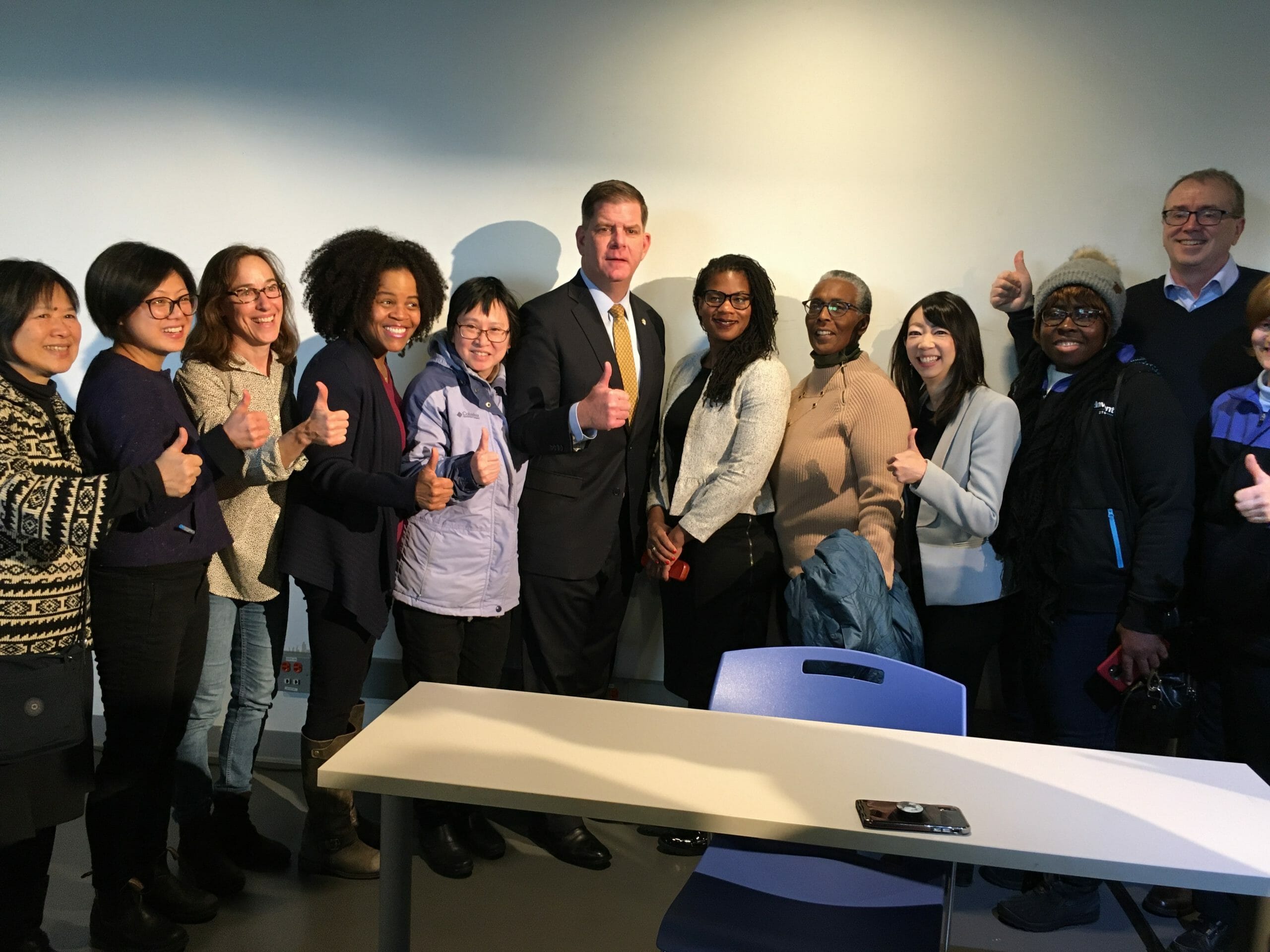 “This is a significant step forward,” said Walsh.  “We’re asking the legislature to fast track this proposal and get it to the governor’s desk.”

The proposed law, introduced by Boston City Councilors Kim Janey and Lydia Edwards, would levy a 2 percent real estate transfer tax on residential and commercial properties assessed over $2 million.  The tax would raise an estimated $169 million a year for affordable housing, largely allocated through the Neighborhood Housing Trust.  This would greatly surpass the city’s current budget for affordable housing.

“This is not a silver bullet,” said City Councilor Edwards. “It’s our job to come up with a set of tools to make Boston a livable city.  When we see multi-million dollar transactions happen every day, while people cannot afford their rent every day, we have to do more. This is a compromise bill of up to 2 percent tax on properties over 2 million. We’re asking for permission for Boston to be as bold as it can be.”

The City of Boston must be granted permission by the state legislature for this additional taxing authority.  The effort joins home rule petitions for real estate transfer taxes by Nantucket, Somerville, Brookline and Concord. Other Massachusetts communities that will likely submit home rule petitions include Cambridge, Watertown and Arlington.

A coalition of environmental and affordable housing advocates has formed at the state level to press for a statewide luxury real estate tax to fund affordable housing and climate change resiliency.  State legislation includes a home rule option for municipalities to levy a local transfer tax, like the Boston proposal.

The Walsh administration was late to endorse the transfer tax proposal, declaring its support only after a December 5th working group meeting and a substantial compromise.  The initial Janey-Edwards legislation called for a home rule framework that would have allowed for a transfer tax as high as 6 percent and also included a 25 percent surtax on the rapid flipping of properties.  This more progressive luxury transfer tax would have raised over $450 million a year for the city’s affordable housing initiatives.

A luxury transfer tax was one of several policy recommendations from our Institute for Policy Studies report, Towering Excess: The Perils of the Luxury Real Estate Boom for Bostonians, released in September of 2018.  It mirrors existing luxury transfer tax laws in the California cities of San Francisco, Oakland and Berkeley.

Watch Chuck Collins, author of “Towering Excess,” interview for BNN News explaining the benefits–especially for affordable housing–from the proposed fee on Boston real estate transfers with a price tag of at least $2 million.