The Wealth Hoarders: How Billionaires Pay Millions to Hide Trillions 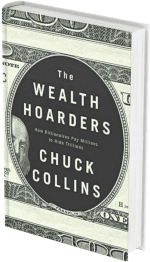 For decades, a secret army of tax attorneys, accountants and wealth managers has been developing into the shadowy Wealth Defense Industry. These “agents of inequality” are paid millions to hide trillions for the richest 0.01%.

In this book, inequality expert Chuck Collins interviews the leading players and gives a unique insider account of how this industry is doing everything it can to create and entrench hereditary dynasties of wealth and power. He exposes the inner workings of these “agents of inequality,” showing how they deploy anonymous shell companies, family offices, offshore accounts, opaque trusts, and sham transactions to ensure the world’s richest pay next to no tax. He ends by outlining a robust set of policies that democratic nations can implement to shut down the Wealth Defense Industry for good.

Is Inequality in America Irreversible? 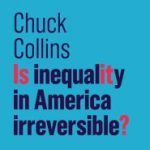 We are living in a time of extreme inequality, and few places are more unequal than the United States. America’s 20 richest people now own more wealth than the bottom half of the rest of the population combined. Although there’s a growing realization that this is grotesque, many politicians accept it as irreversible.

In this book, leading US scholar and activist Chuck Collins succinctly diagnoses the causes and drivers of rampant inequality, and demolishes simplistic theories that hold that current inequalities are primarily the result of technological change and globalization or differences in merit.

He argues that these inequalities have their roots in forty years of the powerful and wealthy rigging the entire system in their favor. He proposes a wide range of public policies to roll back decades of accelerating inequality, analyses the barriers to progress, and shows how transformative local campaigns can be made into a national movement for change.

This book is a powerful analysis of how the plutocracy sold us a toxic and damaging lie, and what we can do to fight back. 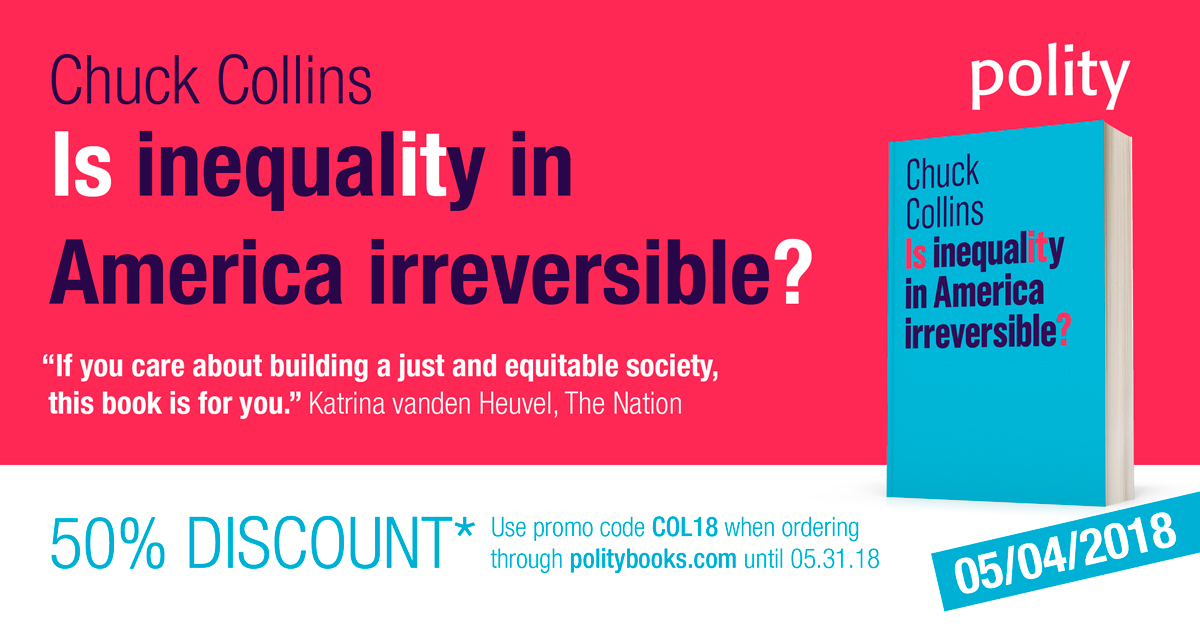 Born on Third Base: A One Percenter Makes the Case for Tackling Inequality, Bringing Wealth Home, and Committing to the Common Good 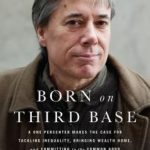 As inequality grabs headlines, steals the show in presidential debates, and drives deep divides between the haves and have nots in America, class war brews. On one side, the wealthy wield power and advantage, wittingly or not, to keep the system operating in their favor—all while retreating into enclaves that separate them further and further from the poor and working class. On the other side, those who find it increasingly difficult to keep up or get ahead lash out—waging a rhetorical war against the rich and letting anger and resentment, however justifiable, keep us from seeing new potential solutions.

But can we suspend both class wars long enough to consider a new way forward? Is it really good for anyone that most of society’s wealth is pooling at the very top of the wealth ladder? Does anyone, including the one percent, really want to live in a society plagued by economic apartheid?

It is time to think differently, says longtime inequality expert and activist Chuck Collins. Born into the one percent, Collins gave away his inheritance at 26 and spent the next three decades mobilizing against inequality. He uses his perspective from both sides of the divide to deliver a new narrative.

Collins calls for a ceasefire and invites the wealthy to come back home, investing themselves and their wealth in struggling communities. And he asks the non-wealthy to build alliances with the one percent and others at the top of the wealth ladder.

Stories told along the way explore the roots of advantage, show how taxpayers subsidize the wealthy, and reveal how charity, used incorrectly, can actually reinforce extreme inequality. Readers meet pioneers who are crossing the divide to work together in new ways, including residents in the author’s own Boston-area neighborhood who have launched some of the most interesting community transition efforts in the nation.

In the end, Collins’s national and local solutions not only challenge inequality but also respond to climate change and offer an unexpected, fresh take on one of our most intransigent problems.

Praise for the book:

“What Collins does even better than describing the challenge is, in the book’s second half, outlining significant and specific solutions…Wherever readers fall on the economic scale, this is a worthwhile book to read, digest, and share.” Publishers Weekly

“I have never read a story remotely like the one Chuck Collins has to tell. Born to the one percent, he grew an outsized conscience and gave up his inherited wealth for a life of fighting the vicious inequality that is destroying our country. Somewhere along the way, he came to understand that the rich can be part of the solution instead of the problem and started organizing them to join in the struggle for a fair economy. The result is an electrifying challenge to the affluent as well as the one percent.” —Barbara Ehrenreich, author of Nickel and Dimed

“A call to action for America’s wealthy and a warning shot across the bows of their yachts if they fail to act, Born on Third Base offers a clear and compelling case for why the privileged and powerful must act to reverse widening inequality of income, wealth, and political power in America.”–Robert B. Reich, former US Secretary of Labor; author of Saving Capitalism

“Born on Third Base explodes the myth of the self-made man, but it also celebrates true achievement in the classic American sense… Collins has thought seriously about what it means to be a citizen, and to be a patriot… This book would give Ayn Rand nightmares.”— Nick Hanauer, entrepreneur; venture capitalist; coauthor of The True Patriot and The Gardens of Democracy

The Rich Don’t Always Win: The Forgotten Triumph over Plutocracy that Created the American Middle Class, 1900-1970 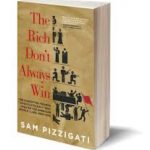 Polls show that two-thirds of the nation now believe that America’s enormous wealth ought to be “distributed more evenly.” However, almost as many Americans — well over half — feel the protests will ultimately have “little impact” on inequality in America. What explains this disconnect? Most Americans have resigned themselves to believing that the rich simply always get their way. Except they don’t. A century ago, the United States hosted a super-rich even more domineering than ours today. Yet fifty years later, that super-rich had almost entirely disappeared.

Their majestic mansions and estates had become museums and college campuses, and America had become a vibrant, mass middle class nation, the first and finest the world had ever seen. Americans today ought to be taking no small inspiration from this stunning change. After all, if our forbears successfully beat back grand fortune, why can’t we? But this transformation is inspiring virtually no one. Why? Because the story behind it has remained almost totally unknown, until now. This lively popular history will speak directly to the political hopelessness so many Americans feel.

By tracing how average Americans took down plutocracy over the first half of the 20th Century — and how plutocracy came back — The Rich Don’t Always Win will outfit Occupy Wall Street America with a deeper understanding of what we need to do to get the United States back on track to the American dream.

99 to 1: How Wealth Inequality Is Wrecking the World and What We Can Do about It 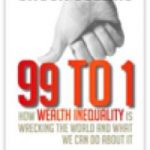 The focus of the worldwide Occupy protests is creating a world that works for 99% of people and businesses, not just the richest and most powerful 1%. But who are the 99%? Who are the 1%? How extensive and systemic is inequality in different areas of society? What are its causes and consequence?

How is inequality changing in our world? And what can be done about it?

Wealth and Our Commonwealth: Why America Should Tax Accumulated Fortunes

More than a thousand individuals of high net worth rose up to protest the repeal of the estate tax-Newsweek tagged them the “billionaire backlash.” The primary visionaries of that group, Bill Gates Sr. and Chuck Collins, argue here that individual wealth is a product not only of hard work and smart choices but of the society that provides the fertile soil for success. Weaving personal narratives, history, and plenty of solid economic sense, Gates and Collins make a sound and compelling case for estate tax reform, not repeal.

Class Lives: Stories from across Our Economic Divide Edited

Class Lives is an anthology of narratives dramatizing the lived experience of class in America. It includes forty original essays from authors who represent a range of classes, genders, races, ethnicities, ages, and occupations across the United States. Born into poverty, working class, the middle class, and the owning class—and every place in between—the contributors describe their class journeys in narrative form, recounting one or two key stories that illustrate their growing awareness of class and their place, changing or stable, within the class system.

The Moral Measure of the Economy

By Chuck Collins and Mary Wright

In this clear and penetrating book, Chuck Collins and Mary Wright draw on principles of Catholic Social Teaching to evaluate our economy and lay out practical steps toward establishing an economy “as if people mattered.”

Robin Hood Was Right: A Guide to Giving Your Money for Social Change

Last year, Americans donated $150 billion to charity. Giving has never been more popular, possible—or, for many, more confusing. There are oceans of need, mountains of requests, and often little time for the consideration needed to give thoughtfully and effectively. “Change, not charity!” is this book’s enthusiastic theme. Long-time activists and givers, authors Chuck Collins and Pam Rogers show that traditional charity most often reinforces the status quo and maintains the dynamics of dependency and control.