Solidarity for Black Workers at Nissan

The lead organizer of a union drive with the predominantly African American workforce at a Mississippi factory is building power through alliances with civil rights, faith, and student activists.

Workers who’ve waged a years-long struggle for a union at the Nissan auto plant in Canton, Mississippi are about to get some star power.

On March 4, Senator Bernie Sanders, NAACP President Cornell William Brooks, actor Danny Glover, and even a professional football player or two are expected to show up in solidarity with the workers.

The rally will certainly boost the profile of a campaign that has already mobilized faith, civil rights, and student groups in support of the plant’s 5,000 employees, about 80 percent of whom are African American. But major labor battles like this one are not won in a day.

Leading the campaign’s day-to-day work in the trenches is Sanchioni Butler. A United Auto Workers employee since 1988, Butler relocated to Mississippi in 2008 and has been the lead organizer for the Nissan workers in Canton for several years.

In this challenging position, Butler has learned many valuable lessons, especially about organizing black workers in the part of our country where barriers to unionization are highest.

A key lesson, Butler says, is the need to “leave all egos at the door.” In an interview for the Institute for Policy Studies report And Still I Rise, Butler explained that “You can’t come to the South with an attitude of, ‘I’m coming to save someone.’ You can’t be judgmental. You can’t be a person who is going to look down or criticize, judge, or have a savior attitude. Organizers need to listen.”

One thing Butler has heard a lot about is the Japanese firm’s efforts to demonize the UAW. Despite the fact that Nissan plants in other countries are unionized, Canton workers say management there has used various union-busting strategies, including interrogations and surveillance of workers, as well as threats to close the plant if they vote for the union.

How has Butler worked to overcome these scare tactics? 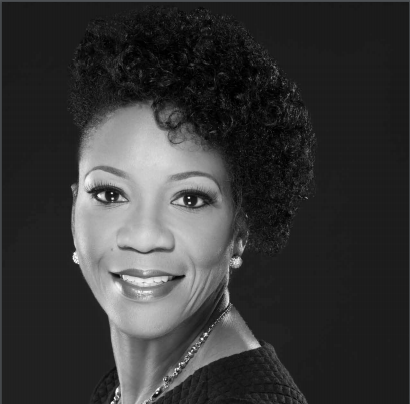 While the company claims they pay some of the highest wages in the state, critics point out that Nissan’s wage levels are significantly below U.S. auto industry norms. One major reason is the firm’s heavy use of temporary labor. By some estimates, as many as 40 percent of the Canton plant’s workers are hired through employment agencies and the vast majority of these temporary workers are African American.

According to the UAW, Nissan’s temp workers were earning $12 per hour on average in 2013, about half the pay of higher-level workers employed directly by the company.

On top of pay and benefits complaints, workers at the Canton plant also have concerns about their safety on the job. In 2016, the Occupational Safety and Health Administration cited Nissan for two violations in this facility — for not covering or providing guardrails for open pits and for water and oil on the factory floors.

Meanwhile, Nissan CEO Carlos Ghosn has been keeping a huge chunk of the firm’s expanding profits for himself. Once known in France as “le cost killer” for slashing of tens of thousands of jobs, the auto exec pocketed nearly $10 million per year in 2015 and 2016 from the Japanese firm. Ghosn, who has taken home an additional multi-million-dollar paycheck as the head of Renault, will step down as Nissan CEO on April 1 to focus on the firm’s strategic partnerships with Renault and Mitsubishi.

In 2001, Ghosn personally intervened to block a UAW organizing drive at a Smyrna, Tennessee plant. In a video shown to workers just before the vote, the executive used veiled threats to suggest he would shut down the plant if it went union.

To ramp up pressure on Nissan to end such voter suppression, the UAW and their allies will follow up on their celebrity-studded rally with additional actions, such as leafleting at the company’s dealerships.

For Butler, the fight in Canton is about her legacy as a labor activist. “I want to lay the groundwork for my daughter and granddaughter, so that other people will pick up the torch and continue. I want a victory at Nissan that opens the floodgates to even more African American workers being unionized.”

Sarah Anderson directs the Global Economy Project at the Institute for Policy Studies and is a co-editor of Inequality.org.

What Explains the Racial Wealth Gap?