Building on the momentum of the recent election, activists are demanding justice for Grenfell Tower fire victims as part of a broader agenda to narrow economic and racial divides.

Just hours after a 24-story London apartment building went up in flames on June 14, Faiza Shaheen appeared on Britain’s Sky TV to connect the dots between this horrific tragedy and the city’s rank as one of the world’s most unequal.

Inequality.org co-editor Chuck Collins and I sat down with Shaheen the following day, as the death toll, now estimated at 79, continued to rise. We talked about the public anger over the fire and what she sees as the related outcry for economic and racial equity that resulted in an unexpectedly strong showing for the UK Labour Party in the country’s June 8 election. Shaheen directs the Centre for Labour and Social Studies (Class), a London-based think tank. 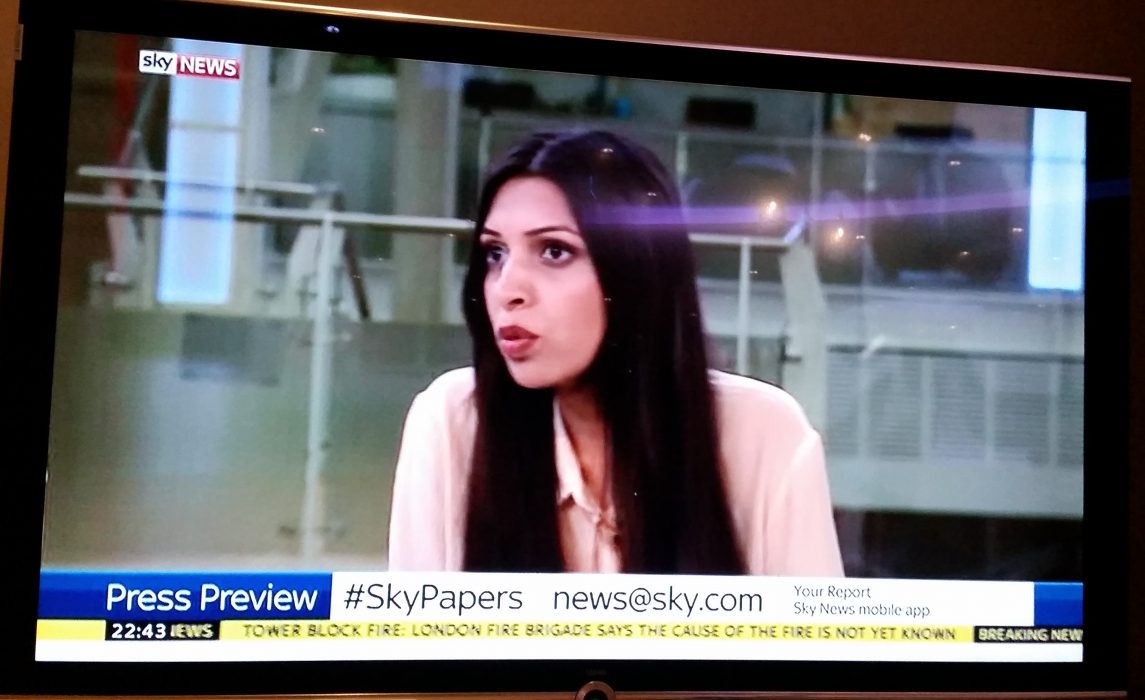 Inequality.org: What’s the connection between the Grenfell Tower fire and London’s extremely high levels of inequality?

Faiza Shaheen: The neighborhood surrounding the tower has the biggest gap between rich and poor of any in the country. It’s a very wealthy area, but the people living in this particular tower were mostly working class ethnic minorities. Also, in terms of voice, you see the disparities. People living in this building had clearly spoken out about the problems with safety — you can find their blogs online. But they also said they knew nothing would be done until there’s a catastrophe. Well, now that’s happened and we need to make sure the authorities can’t just brush this away anymore.

Inequality.org: How much was the recent election about inequality?

Faiza Shaheen: I would say inequality was fundamental to understanding the narrative of this election. When it was first announced, people thought it would be about Brexit again. But the Labour Party very effectively pivoted away from that. Their language was about the elites and about the rest of us not getting salary increases and facing cuts to public services.

We’ve had these cuts for the past seven years, but people were far more aware of them in this election than in the last one. We heard about parents getting letters from their children’s teachers saying they didn’t have money because of the budget cuts and asking for donations. With the terror attacks in London and Manchester, there was a lot of talk about the culling of police officers and how that had affected community policing.

Faiza Shaheen: When she first became prime minister less than a year ago, she spoke in quite strong terms about inequality. But in this election she didn’t appeal to that language very much. And on some things, she reversed her position. For example, at one point she called for requiring large corporations to have worker representatives on their boards. Then later she said this could be voluntary and the “workers” could be managers. So it’s completely meaningless. Conservatives showed themselves to be very out of touch by sticking with the status quo.

Inequality.org: In the end, the Labour Party did gain 30 seats and the Conservative Party lost their majority, but Prime Minister May is still hanging on to power by pursuing a coalition with a small Northern Ireland party. Where do you see things going in the next year?

Faiza Shaheen: Most people think they’ll be going into election before the end of the five-year term because the Conservatives are really weakened. To build support, they’ll need to put more money into education and the National Health Service. They came across as quite mean in the campaign. When nurses asked ministers why they haven’t had a pay raise, they were told very dismissively that there isn’t a “magic money tree.” We’ve got nurses going to food banks. That really connects with people emotionally.

Inequality.org: Brexit negotiations began on June 19. How might this affect inequality?

Faiza Shaheen: The decision to withdraw from the European Union has already weakened the pound, making inflation worse. Because they don’t know what will happen, businesses are holding back on investments that could boost productivity. And while wages don’t always rise with productivity, this means we’re likely to continue to have stagnation in most sectors. Combined with automation and the lack of strong trade union rights, this could mean even worse inequality under Brexit.

Faiza Shaheen: With Labour doing so well, we feel there’s a mandate now to lift the pay cap on public service workers. We also feel May will have to abandon her plans to expand grammar schools, which are free schools that are academically selective. The evidence shows they don’t help with social mobility and they tear the school system apart. That can’t happen now.

We also think we can take advantage of the Conservative Party’s statements about addressing excessive pay at the top. They pledged to require corporations that receive public contracts to report their CEO-worker pay ratio. And even May’s weak current position on worker representation on boards gives something to push for that could affect executive pay. From the experiences in Germany and elsewhere we’ve seen that executives don’t want to talk about giving themselves bonuses with workers at the table.

Labour proposed to tax the top 5 percent much more and leave bottom 95 percent as is. That drew a lot of support but the Conservatives are very unlikely to support that.

Inequality.org: Like Bernie Sanders, Labour Party leader Jeremy Corbyn did very well among young voters. Do you think this bloc will continue to be mobilized?

Faiza Shaheen: It was amazing to see tons of people coming out to volunteer for the campaign for the first time and really passionate about what Labour was calling for, especially young people. There was an app so that you could find your nearest marginal neighborhood, where it could go one way or another, and you could just turn up and help knock on doors. But they had so many volunteers they had to turn many away.

Labour had much less money than the Conservatives, but they really won the branding war. Corbyn definitely came out as cooler. There was even #Grime4Corbyn. People made videos with grime music mixed with Corbyn speeches, which worked well to encourage turnout by young people and ethnic minorities.

We’re in a political quagmire now in terms of the makeup of parliament. In terms of the movement, people are really enthused and passionate. Horrible things keep happening but they are a reminder that we need to keep fighting. It will be really important to keep the pressure up and find ways to campaign – it might be single issues, it might be Grenfell Tower and how we get justice there. Some of it will happen naturally because people have made friends through their political work.

Organizing to Take on Donald Trump — and Trumpism