Much like corporate raiders of the 1980s, the massive private equity industry spent the Covid-19 pandemic increasingly expanding their control over businesses, housing, education, consumer lending, energy, infrastructure, and more. This made a small class of money managers extremely rich, while white, Black and Brown working people suffered.

Their debt-fueled model is not unlike payday lending. Private equity executives buy a company and load it up with debt, then kill jobs and suck wealth from workers, tenants, and communities. As one expert quipped, private equity is perhaps the “single most efficient wealth transfer from taxpayers, workers, and retirees to the richest .01 percent.”

Incredibly, despite the harm these firms inflict on workers, investors, and communities across the country, our tax code rewards their executives with a massive tax break, the carried interest loophole. This loophole allows private equity barons to misclassify their salaries as investment income, and pay the much lower capital gains tax rate – instead of paying income tax like the rest of us. This allows billionaire private equity fund managers to pay a lower tax rate on much of their income than most nurses, teachers, and firefighters. In 2020, the top four executives at the private equity firm KKR each received salaries of just $75,000, but grabbed a combined $154 million in carried interest payments.

The Build Back Better legislation offers a major opportunity to close this loophole and generate as much as $6.3 billion per year to invest in child care, affordable housing, and other vital programs. And yet the version of the bill passed by the House in November fails to eliminate this egregious loophole.

The millions spent buying influence from private equity firms and their trade group, the American Investment Council, might have something to do with that. Since 2020, the private equity industry has spent over $25 million in lobbying since 2020 and nearly $600 million in campaign contributions over the last 10 years, according to data from the Center for Responsive Politics. As just one sign of their influence: President Biden spent Thanksgiving dinner in a home owned by a private equity friend.

There is still a chance that a carried interest fix could be inserted in the Build Back Better legislation in the Senate, where Finance Committee Chair Ron Wyden is a strong advocate. But he will need to overcome opposition from Arizona Senator Kyrsten Sinema, who has been the beneficiary of some of those private equity industry contributions. 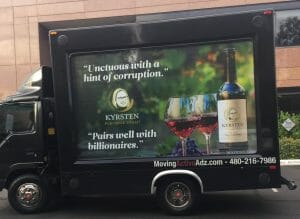 The Patriotic Millionaires, a network of high net worth individuals who support higher taxes on the rich, took out a full-page ad in Arizona papers last week, posing the question: “Who exactly are you working for, Senator Sinema? Arizonans or the billionaires?” The group also created a moving billboard targeting the senator for her opposition to this fair tax reform.

Senator Sinema and other members of Congress may be working with the industry to keep their loophole, but the people want to stop this egregious tax giveaway.

The American people want this loophole closed. It’s time that Congress listens to us, instead of private equity donors.

Mandla Deskins is the Advocacy Coordinator for Take on Wall Street.

When Wall Street Came to My Mobile Home Park

Mobile homes provide affordable housing for millions. But for private equity firms, they’re just another asset to squeeze for profit.