Communities in resistance gather at encampment in Casillas, Guatemala near the Escobal mine. Photo credit: NISGUA

Global Mining Corporations Have a Friend in the New Guatemalan Government

The new president has appointed a former mining executive to a high-level post, worrying indigenous communities that have long protested the company’s harmful extraction activities.

Guatemalan President Alejandro Giammattei is less than a month into his term and yet there are already disturbing signs that his administration will side with global mining corporations against indigenous communities fighting to protect their land and water.

The clearest sign to date: the appointment of Juan José Cabrera Alonso, a former executive of a controversial silver mine, as Special Secretary to the Vice President.

Cabrera was General Director for the Pan American Silver company’s Guatemalan subsidiary, Minera San Rafael, until May 2019. He was also in charge when the mine was violently imposed on local communities in 2013-2014, and, according to the Guatemalan government’s public registry of contracts and acquisitions, still serves as its legal representative today.

Mining operations at Escobal have been suspended since 2017, due in large part to widespread community opposition and a Supreme Court order that suspended the mine’s license over failure to consult with affected Xinka Indigenous people. Guatemala’s highest court upheld that suspension in September 2018 and ordered the Guatemalan government to consult with the Xinka before operations could resume.

During his election campaign, President Giammettei promised to restore confidence in the investment climate for transnational mining companies within the first 90 days of his administration. Cabrera’s new, cozy position within the Guatemalan government raises serious concerns about the influence he might be able to exert on behalf of the company to get the Escobal mine back up and running. 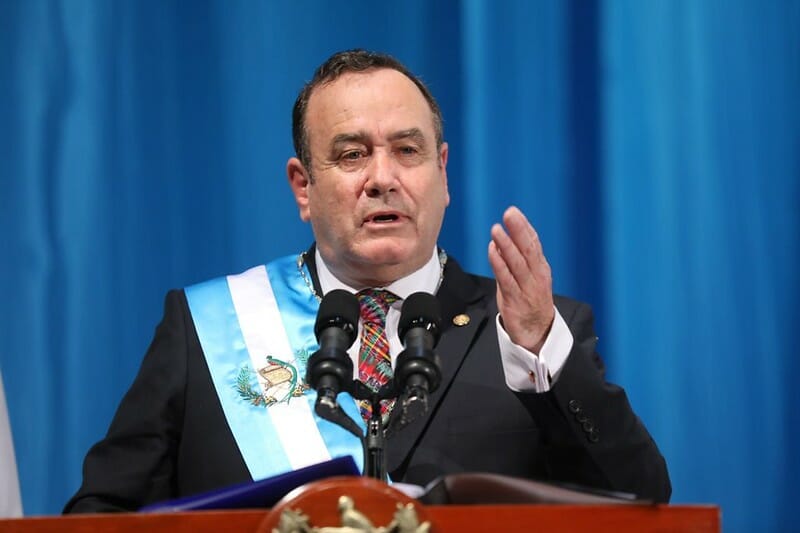 “Now, Pan American Silver has an operator on the inside to protect its interests,” said Quelvin Jiménez, lawyer for the Xinka Parliament who is Xinka himself. “The government is already attempting to exclude Xinka representatives and the Xinka Parliament from the consultation process. This appointment tells us that we should expect the government to continue to violate our rights.”

While General Director of Escobal, Cabrera worked closely with the government to obtain the exploitation license for the mine in 2013. This took place at a time when local communities and municipalities were holding their own referenda in which tens of thousands voted against any mining on their territory, and when over 200 individual complaints were filed against the approval of the exploitation license over potential environmental and health harms.

The Ministry of Energy and Mines dismissed these complaints without consideration hours before approving the mine’s license. In the weeks and months following, unarmed protesters were shot at and injured by mine security leading to a civil lawsuit against the company in Canada, the militarization of areas surrounding the mine, and numerous indigenous and environmental leaders were criminalized, threatened and even killed.

Cabrera’s appointment comes at an already tense moment. The government-led consultation with affected Xinka people has been stalled since November 2018, when Xinka Indigenous authorities first denounced violations of due process and discrimination. The Xinka Parliament has filed more than a dozen complaints about these violations on multiple occasions since, and has yet to receive an adequate response from authorities. Guatemala’s Human Rights Ombudsman, mandated by the Constitutional Court to act as a watchdog for the consultation, recently backed up their complaints.

President Giammattei has already declared martial law in two municipalities opposed to resource extraction. He also promised to fast-track a highly controversial law to regulate the consultation process. While sure to be contested, many fear this type of regulation would undermine long-term struggles for self-determination through a meaningless process of paper-pushing.

To support efforts in Guatemala to halt the government’s attempts to violate Xinka rights by restarting the destructive Escobal mine, international allies have launched a petition drive.

Pan American Silver, which is based in Canada, is clearly feeling some pressure. In response to a previous version of this blog published by Earthworks, a company official asserted that Juan José Cabrera Alonso no longer works for their subsidiary, Minera San Rafael.

The fact that Cabrera stepped down from his role as General Director in May 2019 is not in dispute. However, according to Guatemala’s public registry, Cabrera continues to serve as the company’s legal representative, effective through May 2, 2020. If Pan American Silver no longer has official ties to Cabrera, this should be reflected in the public registry. This is an example of the lack of transparency and access to information mine-impacted communities in Guatemala face every day.

Even if Cabrera no longer has official ties to the company, this doesn’t change his long-term relationship between the company’s wholly owned subsidiary.

Pan American Silver has a friendly ear at the highest level of Guatemalan government. Xinka communities do not.

Financialization of the Global Care Economy: Maximizing Profits at the Expense of Those in Need

Only through democratized finance can we build a care economy that supports the rights of women, workers, and care receivers.