A Thank You to Martin Khor, Champion of Global Equity

The Malaysian economist was one of the world's leading advocates of policies to reduce economic disparities within and between nations.

Last week the world lost Martin Khor, an intellectual and strategic giant of the movements to reduce the inequities between rich and poor countries. He was also my friend for the past four decades.

Martin and I met when I was an extremely young and green economist at the United Nations in Geneva, exposing the machinations of global corporations in developing countries. He had traveled to the UN representing the Consumers Association of Penang in Malaysia, which was helping ordinary people in his home country protect themselves against corporate abuse.

I kept up with him while I worked at the UN and when I came to the Institute for Policy Studies to head its global economy work in the 1980s. Martin surged onto the global scene in the early 1990s as a central figure in the fight against the creation of the World Trade Organization (WTO). He became the leading voice arguing that the WTO was being constructed as a global body with an inherent bias in favor of rich countries and against poor countries, then often referred to as the Global South. 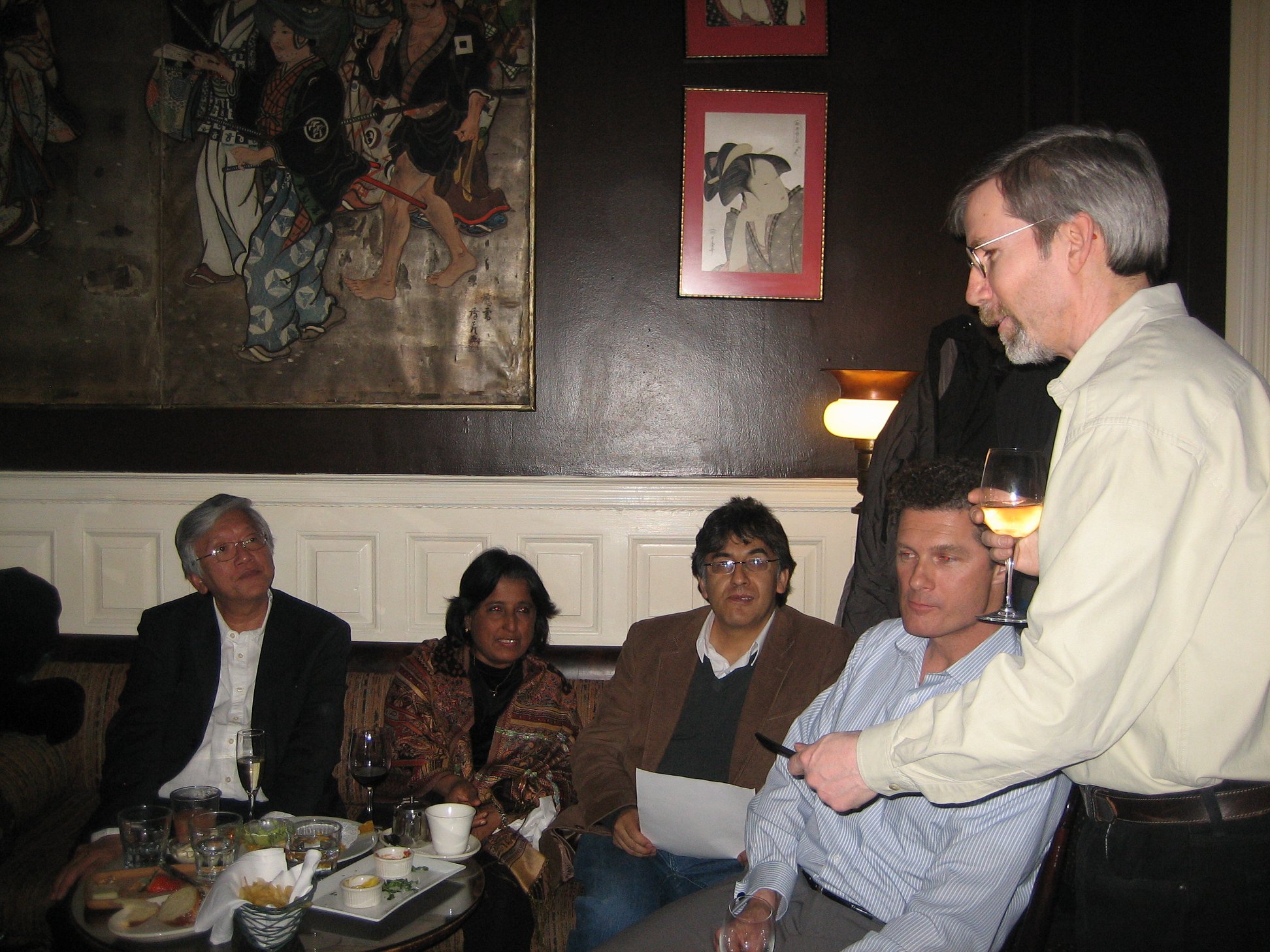 The IFG would go on to hold teach-ins across the United States and around the world that helped tens of thousands of people gain a deeper understanding of the dangers to people and the planet and the common paths to countering them.

Martin played a central role in the IFG’s successful effort to halt the Multilateral Agreement on Investments (MAI), an agreement that would have vastly expanded corporate power against governments, people, and the planet. He led the assault from the Global South, strategizing on a regular basis with key movement leaders in the Global North to “monkey-wrench” governments until the agreement fell apart. IFG meetings and relationships were central to the win.

I particularly cherish five long weekends between 1997 and 2002 where roughly 20 of us in the IFG spent time fleshing out our book, “Alternatives to Economic Globalization: A Better World is Possible.” Martin brought to every conversation his skills as a trained economist, a consumer and worker advocate, and a person who knew the inside of the Malaysian government. He later developed close relationships across governments and civil society in both the North and the South. He was never intimidated by those in power. As he entered the big fights over the rules and institutions of the global economy, his starting point was always: what would be good for the Global South.

One other special thing about this man. In his heart, he was a Gandhian, and believed in a different world of less trade and investment, where economies were built around community needs and ecological balance. However, he brilliantly navigated the world of global trade and investment rules, attempting to change them in ways that helped people and the planet. But his North Star was a Gandhian vision, and it helped steer his work in the here and now.

As I reflect on Martin’s incredible contributions to the fight for a more just world, two stand out.

First, a more comprehensive way to think about equity globally: In Martin’s work, progress could be measured by whether policies and institutions reduced global inequities, by which he meant reducing inequities within nations and between nations. His training as an economist came in the 1970s, the decade of the huge fight of the Global South nations for a “New International Economic Order” that would attack structural inequities in the global economy that locked in the advantages of the Global North (the rich nations) over the Global South (the poorer nations). That NIEO was largely defeated by the end of the 1970s, and the 1980s brought Reagan, Thatcher, Kohl, and a strengthened World Bank and International Monetary Fund that imposed draconian measures on the Global South. Martin’s greatest contribution was lifting up those global inequities in every fora he entered.

He will particularly be remembered for bringing this perspective into three fights: the fights against the creation of the WTO and attempts to increase its powers, the fights against the MAI, and the fight for more equitable global solutions to the climate crisis. Martin and his wife Meena Raman (a long-time leader of Friends of the Earth-International) brought this notion of global inequities into the center of the climate debate. They argued persuasively that the Global North, having created the vast majority of global greenhouse gas emissions, owed a kind of reparations to the Global South in international climate negotiations. The Global South, Martin argued, should have space to “develop” using more emissions as the world overall cut back on emissions, while the North should adopt more rapid measures to end emissions.

Martin’s second huge contribution was his work to create more bridges between reformers and visionaries in our movements for more just and healthy economies. Most on the left feel more comfortable either laying out comprehensive visions of better societies or working on the nitty gritty of reforms that will help people now. Progressives have spent a huge amount of time arguing across this divide, some even throwing more into these fights than into the corporations or other enemies of justice and equity and peace. Martin often found ways through this divide.

In the IFG and elsewhere, Martin posited that progressives needed to operate in two paradigms at the same time. In Alternatives to Economic Globalization, he wrote: “The first paradigm involves the choice to work in the system of globalization in which we feel we are trapped. If we do work within that system, we begin by asking: ‘Are the rules of the game fair?’” In this paradigm, we “fight for the reform of the rules of the game.” But, Martin argued, we need to simultaneously fight for a second paradigm “because in twenty to thirty years the whole system will blow up anyway. So, in the second paradigm, we work for Gandhian-style, community-based, self-reliant family units of production, trading mainly with the community and the region and only making occasional exchanges with the rest of the world.” Martin taught many of us how to work in both paradigms simultaneously and to minimize conflicts amongst progressives in the process.

Beyond our work together through the IFG, I also had the opportunity to spend more time with Martin and Meena when we served on the civil society advisory committee to the UN Development Program for a decade. Like so many other global justice advocates, I will always remember the seriousness and integrity he brought to his work. As his friend, I will also miss his whimsical side. Driving in a car with him could turn silly fast. With the right prompting, he could break into a Britney Spears or Madonna tune with gusto.

John Cavanagh is the Director of the Institute for Policy Studies.

by Lisa Gilbert and Bartlett Naylor

The Rap Sheets of the Big Ventilator Producers