A California Coalition Takes On the Foreclosure King

The California Reinvestment Coalition is holding Steven Mnuchin's former bank accountable for the redlining that took place under his watch.

Steven Mnuchin has offered critics plenty to be upset about during his tenure as treasury secretary. But his lofty status in the Trump administration has been the natural next step for Mnuchin, a high-finance exec widely known as the “foreclosure king” for his ruthlessness managing OneWest Bank in the wake of the financial crisis. A coalition fighting for a fair economy isn’t letting that bank off the hook for its shady practices under Mnuchin’s reign. The California Reinvestment Coalition filed a fair housing complaint against OneWest in 2016 for redlining, and they’ve just settled an agreement that will lead to millions in investments for California’s communities of color. Vijay Das, the National Policy and Communications Director for the California Reinvestment Coalition, tells us more about the agreement.

Tell us more about the fair housing complaint you registered against OneWest. You reached a settlement of more than $100 million. How will that be reinvested?

Thanks for inviting us to discuss our anti-redlining settlement with CIT, a bank doing business as OneWest, in Southern California. Last week we announced that we just settled our U.S. Department of Housing and Urban Development (HUD) complaint with them.

This win for Black, Brown and Asian communities is only one example of how CRC fights for California and our members – which is made up over 300 organizations statewide. For over 30 years, CRC has been at the center of confronting redlining, racial discrimination and pushing a just and inclusive economy for all people living in California.

As it relates to this deal, in late 2016 the California Reinvestment Coalition (CRC) filed a complaint that alleged OneWest lending to borrowers in neighborhoods of color was low, in absolute terms, compared to its peer banks. OneWest lending was lower than one would expect given the size of the Asian, Black and Latinx population in Southern California.

To get back to your question, the settlement translates to:

Our members are excited to see these commitments arrive.

How can bank agreements in general help make the economy more inclusive?

Everyone should be able to build wealth and invest in themselves. For that to happen, we need to boost access to safe banking services, checking accounts, savings accounts, access to credit for everybody, including undocumented borrowers.

The Community Reinvestment Act (CRA) speaks to these concerns alongside addressing past and ongoing racial segregation in housing and lending. In 1977, Congress passed a civil rights law to mandate banks lend to low-income people and that regulators evaluate banks for compliance. The CRA plays a critical role for banks to support community development, affordable housing and build wealth for low- and moderate-income communities, predominately made up of people of color today.

The win is the result of an investigation to determine whether OneWest redlined. It also shows the importance of upholding the CRA and supporting efforts to make it more robust so that our communities get the banking services they need and the capital for people to raise their families, thrive, and avoid scammers taking advantage of people needing cash and living paycheck to paycheck.

This agreement must feel particularly important given that Treasury Secretary Steven Mnuchin once owned OneWest, and Comptroller of the Currency Joseph Otting is a former OneWest CEO. What kind of message do you hope this sends to the Trump administration?

With the appointments of OneWest bankers Mnuchin and Otting alongside the Trump administration rolling back the authority and impact of the Consumer Financial Protection Bureau (CFPB), California low-income communities, communities of color and undocumented families are on the frontlines of exploitation and scams. With a weaker CFPB, there is no cop on the beat protecting our families. Predators continue to take advantage of households of color.

Mnuchin has been in our crosshairs for a while. This deal has been vital to address redlining but also this bank’s torment on our people. For more, I suggest David Dayen’s reporting.

In our circles, Steve Mnuchin is known as the foreclosure king. In 2009, he led investors to buy IndyMac, saddled with tens of thousands of failing mortgages, for $1.65 billion. Mnuchin was trying to mint money with this buy. His bank, renamed OneWest, would end up foreclosing on homeowners, harvesting fees for appraisals and inspections and late payments. The FDIC would end up protecting this bank against its losses. The bank made $3 billion in the five years after it was bought by Mnuchin and company. The FDIC lost $13 billion. Taxpayers suffered the losses. The bank did not.

Consequently, Californians were thrown out of their homes, some seniors for being as little as 27 cents short on their mortgage payment. In 2014, CIT Group announced an agreement to acquire OneWest Bank for $3.4 billion. Mnuchin’s personal payout was a reported $10.9 million.

The 2015 bank merger was big enough that it had to clear public hearings staged by the Comptroller of the Currency (OCC) then. Despite the merger going through, we used this opportunity to showcase how people were victimized.

We would end up also finding reason to file our redlining complaint as we learned more about OneWest. During big bank mergers, the CRA becomes a critical tool to ensure banks commit to lend to low- and moderate-income areas, long suffering from the effects of racism in employment, housing, lending and a lack of banking services.

What’s more, a current Trump administration official, OCC head Joseph Otting, was CEO at OneWest during the merger. It’s reported that supportive letters for the merger were fake and cooked up by OneWest. We found that a lot of the comments submitted via Yahoo Mail looked fake, including a large number of supportive letters submitted on Valentine’s Day 2015. Roughly one third of the email addresses associated with supporters bounced back, including fake ones like “gooeypooey69@yahoo.com.”

Further, then-Chair of OneWest, Mnuchin, sat on the boards of supportive organizations, and personally delivered $66,000 to them from his family foundation.

Both men now oversee critical posts under Trump. They both have criticized the role of the CRA, no doubt from the wounds from this merger.

Given all of this, we are worried that Trump officials will weaken the CRA. Otting has been vehemently critical against the goals of the Community Reinvestment Act.

Given Otting’s brazen disdan for the Community Reinvestment Act, what concerns do you have about his continued role in the Trump administration?

The CRA has transferred trillions of dollars in bank agreements to low- and moderate-income communities. Otting’s efforts to undermine it are deeply personal, more tied to his love of bankers and wealthy corporate interests instead of thinking about what makes an economy and banking system work for everyone. Modernization will mean deregulation. This could translate to credit towards a CRA grade that doesn’t bring value to the communities we fight for in California and reinvestment dollars for the people struggling to make a good life.

How can the CRA be strengthened to help protect communities from banks like OneWest?

The CRA, like many laws and programs on the books, can be strengthened to reflect the needs of households of color and low- and moderate-income households in California.

We used the CRA to investigate how banks like OneWest were not meeting the needs of people in which they said they were helping and providing banking services. The CRA enables community groups to partner with banks to ensure they continue to reinvest and support communities to grow, build wealth and develop.

Congress should take a look at improving the CRA in the long term. Federal agencies, including the OCC, FDIC, and the Federal Reserve should honor an inter-agency effort to look at the CRA, a process that has been upheld for four decades.

There is no doubt we need to consider technology and mobile banking advances to look at how the CRA can structure banking commitments for the communities we care about. But it’s also essential that we consider other factors including the role of banks in financing displacement in areas of color alongside efforts to show how reinvestment commitments can be made to explicitly low- and moderate-income communities of color, women, LGBTQ and other underserved groups to address structural income and wealth inequality.

America’s crater-sized racial wealth gap looms large despite the CRA’s passage. While a transformative economic agenda is needed to increase wealth for communities of color and working class households, the CRA plays a real role in directing resources and prosperity for those that remain vulnerable and trapped into cycles of debt for too long.

CRC looks forward to working with our members, regulators, lawmakers and banks to reinvest in California communities alongside find solutions to build their wealth and access to affordable housing.

It’s vital we hold banks like OneWest accountable these days. Californians are suffering from historic levels of inequality already. 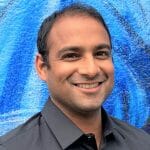 Vijay Das is the National Policy and Communications Director for the California Reinvestment Coalition. Find him on Twitter @vijdas.