One of the nation’s largest middle-class counties faces a huge hit on public school budgets as the super rich get set to frolic in the summertime surf.

Remember The Amityville Horror, the 1979 hair-on-edge thriller that would become one of America’s most popular scary movies ever? The horror may soon be returning, this time in real life. 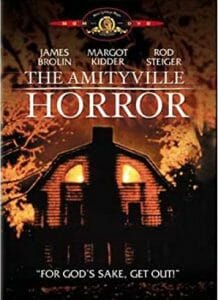 Amityville the movie revolves around an actual 1974 mass murder that took place in Amityville the village, a suburb east of New York City in Long Island’s Suffolk County. The 23-year-old perpetrator of that massacre killed six family members and left behind, the movie relates, a house full of troubled spirits who would terribly spook the home’s next owners.

That house still stands in Amityville, and the folks living in it these days now have a real reason to feel spooked. Suffolk County, one of the largest suburban political jurisdictions in the entire United States, appears on the verge of a massive meltdown in public services.

The 1.5-million-population county entered 2020 with a $3.2 billion budget that rests largely on sales tax revenue. County officials expected that revenue to increase by 3 percent this year. The coronavirus has revenues actually collected down 27 percent. The county’s revenue shortfall for the year could hit $590 million. Federal aid under the CARES Act enacted earlier this spring will offset less than half that.

Without at least a quarter-billion in new support, widespread layoffs in public education and other public services will be unavoidable.

This impending fiscal horror story extends, to be sure, far beyond Suffolk County’s borders. Localities across the United States are facing massive budget shortfalls. In April, notes Economic Policy Institute analyst Elise Gould, the nation’s public schools lost more jobs than they lost over the course of the entire Great Recession a dozen years ago.

If no new significant support appears, Gould adds, any return to pre-pandemic local public service staffing levels will be “impossible.” And the resulting cutbacks in services would be particularly devastating for minority families. Their children make up 54 percent of public school enrollment nationwide.

How best to avoid deep cutbacks in education and other basic public services? Could moving funding out of traditional policing, as a growing national movement is now proposing, be the answer? Only partially. Much of the funding moved out of police departments would need to go toward creating new community capacity in areas that range from mediation to mental health.

Avoiding cutbacks in public education and other existing services will take new revenues, and Suffolk County has one especially promising potential source. At the county’s “East End” sits one of the world’s most famous watering holes for the fabulously rich, the Hamptons.

The households that summer in the Hamptons may breathe the same air as Suffolk County’s overwhelmingly middle-income majority. But they live in an entirely separate universe.

How separate? In Suffolk County as a whole, the median — most typical — household owns a home worth $409,400. In the more than two dozen villages and hamlets that make up the Hamptons, $400,000 won’t buy more than a shack. Half the two dozen hamlets in the Hamptons have median home prices between $2.2 million and $5.6 million.

Not far from Southampton's "Billionaire Lane," a $145-million oceanfront estate.

Forbes magazine has even dubbed one Hamptons byway the “Billionaire Lane.” The road stretches five miles along the ocean in Southampton and “sports a private helipad that can rush residents to Manhattan in 20 minutes.” Interested? High-end realtors are currently hawking three Billionaire Lane homes now available for at least $22 million each.

Not all that far away from this Billionaire Lane lies an old estate that used to belong to the Henry Ford family. Just $145 million for 42 acres and a quarter-mile of ocean frontage.

Overall, Suffolk County hosts 5,600 properties worth over $2 million. Many of these homes go unoccupied outside the summer months, and those who own them and live elsewhere in New York state feel precious little pain at tax time. In fact, notes New York’s Fiscal Policy Institute, the state’s richest 1 percent pay a smaller share of their incomes in state and local taxes than low- and middle-income New Yorkers.

The poorest fifth of New Yorkers pay 11.4 percent of their incomes in these state and local taxes, and the middle fifth pay 12.4 percent. The top 1 percent share: only 11.3 percent. One reason why: The state tax on top-bracket income has dropped from 15 percent in 1977 to the current 8.82 percent.

“The wealthy are paying far less than their share at the expense of working people,” sums up New York Working Families Party state director Sochie Nnaemeka.

Suffolk County compounds New York’s regressive statewide tax system by depending so heavily on sales tax revenue, the most rich-people-friendly approach to taxation. The temple to excess that the Hamptons represent, meanwhile, simply skates under the tax radar year after year.

That could all begin to change if the statewide Strong Economy for All coalition of unions, community, and public interest groups can make progress with its new “Fair Taxes on the Ultra-Rich” push in Albany, the state capital. The half-dozen proposals in the coalition’s tax package would raise $25 billion in new revenue.

Among the proposals: a new statewide sliding-scale tax on non-primary residences worth over $5 million. The annual revenue this levy would raise from Southampton’s Billionaire Lane alone could shield thousands of schoolkids from austerity budget cuts.

Could tax proposals like this luxury housing levy ever become law? One poll of 1,000 New York registered voters conducted shortly before the pandemic hit found over 90 percent public support for a 2 percent wealth tax on billionaires and a tax on second- and third-homes worth over $5 million.

Average New Yorkers clearly have little stomach for horrific austerity budget cuts, not in Amityville or anywhere else in the state.

Qatar has our world’s attention, but nearby — and deeply unequal — Dubai might be charting our future.

Move Charity Dollars to the Frontlines