A felony conviction may not always mean a lifetime jail sentence, but for most it means a life sentence to economic hardship and financial instability.

It can be easy to overlook the role of our deeply broken criminal justice system in perpetuating the cycle of poverty and rising inequality.

While Congress stalls on any semblance of progress on criminal justice reform, a number of states are taking matters into their own hands.  Kimberly Hart, a life-long New Haven, Connecticut resident is using her own personal story to bring about change in her home state.

Hart is a community advocate and mother of a 15-year-old son. She was convicted of a felony 30 years ago, but the sentence has carried on long after she exited prison. She knows first hand the economic disadvantages placed on the formerly incarcerated and has dedicated her life to helping others like her navigate in an economy tilted against them.

The United States has the largest criminal justice system in the world spending over $80 billion annually. The Sentencing Project found that U.S. incarceration rates have increased by more than 500 percent in the last 4 decades, despite a decrease in crime rates across the country. The incarcerated population today is 2.2 million people.

According to the Friends Committee on National Legislation, 600,000 individuals are released from prison every year, with very few access to programs that could ensure a smooth transition back into society, leading them to face barriers in getting a job, securing stable housing and much more. They are often shut out of government provided opportunities that would lead to stability such as employment, housing, and education.

“Because my felonies are all larcenies, I can’t get a living wage job. I can’t get a job at a retail store.” Hart goes on to explain how she can’t even get trained to become a Certified Nursing Assistant because potential employers are too afraid to let her into clients’ homes. “I told myself, I don’t do those things anymore. Why am I still being held accountable for it? I’ve already paid my dues, why do I have to pay for the rest of my life?”

Shutting out formerly incarcerated people from these essential programs creates massive economic problems not limited to this population but for the nation as a whole. The Center for Economic Policy Research estimated that excluding people with criminal records out of the job market results in “a loss of as many as 1.9 million workers and costs the U.S. economy up to a whopping $87 billion each year in lost gross domestic product.” With people of color occupying 60 percent of the current prison and jail population, they face the brunt of these economic burdens. 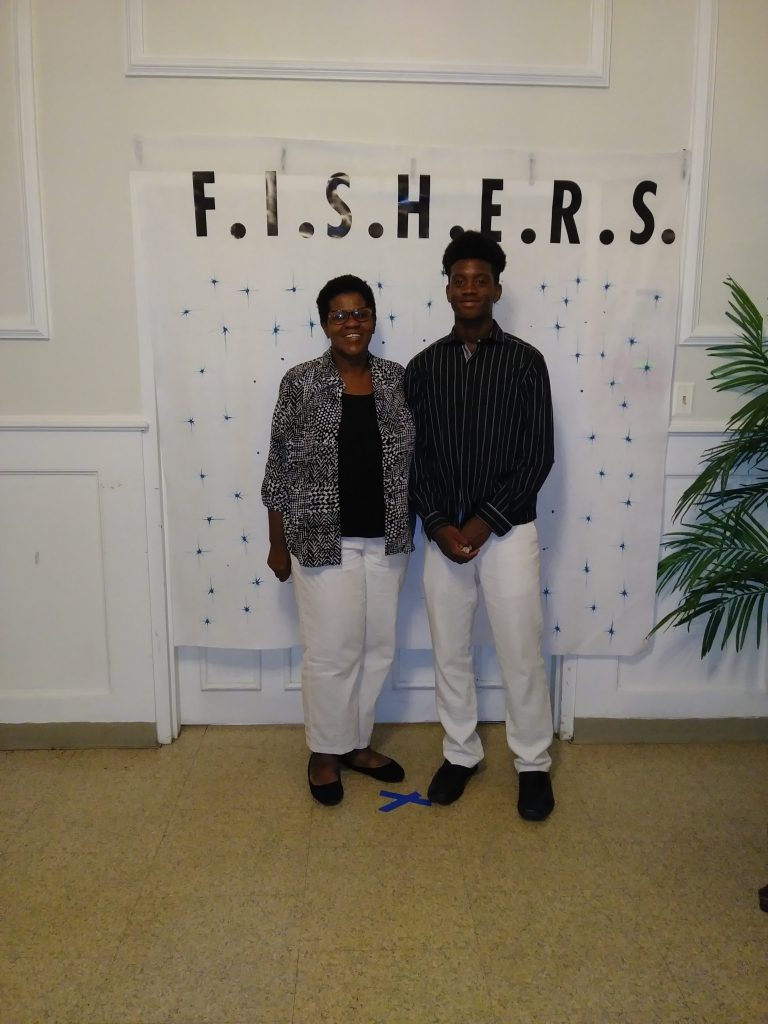 Kimberly Hart and her 15-year-old son attending a local Mother and Son dance.

Having been exposed to advocacy at a young age thanks to her parents, Hart became involved with the organization Mothers For Justice, a grassroots women’s advocacy group that focuses on welfare reform, prison re-entry, and affordable housing. “In order to affect change, you have to affect policy. I join advocacy groups that address the problems that I’m going through because I know that I’m a part of the solution. That’s when I learned that legislators work for me and I have the power to hire and fire,” Hart says.

In 2016, she worked with Mothers For Justice to push the Connecticut state legislature to pass the “ban-the-box” law that prohibits employers from requesting past criminal history on initial employment applications. While this law is a step in the right direction, it chips a small piece away at the large wall that stands between those with felony records and financial security.

For the past few years, Hart’s best chance at employment has been with a telemarketing company that doesn’t do background checks, where she has to deal with the harsh reality of receiving no benefits, no paid holidays, or paid sick time. “I get paid off of commission and I have to work hard because if I don’t make a sale, my fifteen-year-old son and I can’t eat.” Because of this, Hart still has to rely on government safety net programs such as the Supplemental Nutrition Assistance Program (SNAP).

Hart is concerned over the future of SNAP as the program faces funding cuts under the Trump Administration’s proposed 2018 budget. She explains how food is a basic necessity that people need to build better lives for themselves. “If you cut SNAP that means my child will go hungry. When you’re hungry you can’t sleep or learn. In order for my child to become self-sufficient and not have to rely on social services, he’s going have to get a decent education, go to college, and land a decent job so he can be a productive member of society. You can’t do any of that hungry.”

Kimberly Hart now works with the organization Witnesses to Hunger where she sits on the New Haven Food Policy Council working to eradicate hunger in New Haven. Among other issues related to poverty, Hart ensures that her voice remains one that represents people like her who are victims of the criminal justice system.

“If the state of CT looked at me as Kimberly Hart who happens to have a 30-year-old felony conviction instead of looking at me as a convicted felon whose name is Kimberly Hart then they could be more humane about this,” Hart said. “All we want is a second chance, life happens but it definitely doesn’t define who I am today.”

Jessicah Pierre is the Media Specialist for Inequality.org.

Video: Trump Tax Plan is a Rocket for the Rich