There are great moments in intellectual cross-fertilization. This may have been one of them.

I might have been present when Senator Elizabeth Warren’s idea for a wealth tax was conceived. I even have a photo to prove it.

Yesterday, Senator Warren announced her proposal for a wealth tax on the richest 75,000 households in the U.S., exclusively billionaires and ultra-millionaires. Her proposed wealth tax would levy an annual 2 percent tax on wealth over $50 million, with the rate rising to 3 percent on wealth over $1 billion. Jeff Bezos, the wealthiest man in the U.S., would pay $4.1 billion under the new tax.

Two French economists, Gabriel Zucman and Emmanuel Saez, advised the Senator on the proposal, estimating the tax could raise an estimated $2.75 trillion over the next decade. Take note of the “French connection.”

When did this idea take root?  In May 2014, the French economist Thomas Piketty was touring the United States, discussing his sensational book Capital in the 21st Century.  Piketty provided a sweeping look at global wealth inequality, arguing for a bold tax on wealth.

Piketty met up with Senator Elizabeth Warren at Boston’s historic Old South Meeting House for a conversation organized by the Patriotic Millionaires and broadcast by the Huffington Post. You can watch the event below:

In the hour before the public forum, the Senator and the economist conversed in the basement of the Meeting House, discussing inequality and wealth taxation. In a private moment, both Piketty and Warren personally inscribed their books to one another. Piketty gave a copy of Capital to the senator. And Senator Warren gave Piketty a copy of her new book at the time, A Fighting Chance.

I was there and snapped this picture, with Piketty joined by his wife Julia Cage, also an economist. 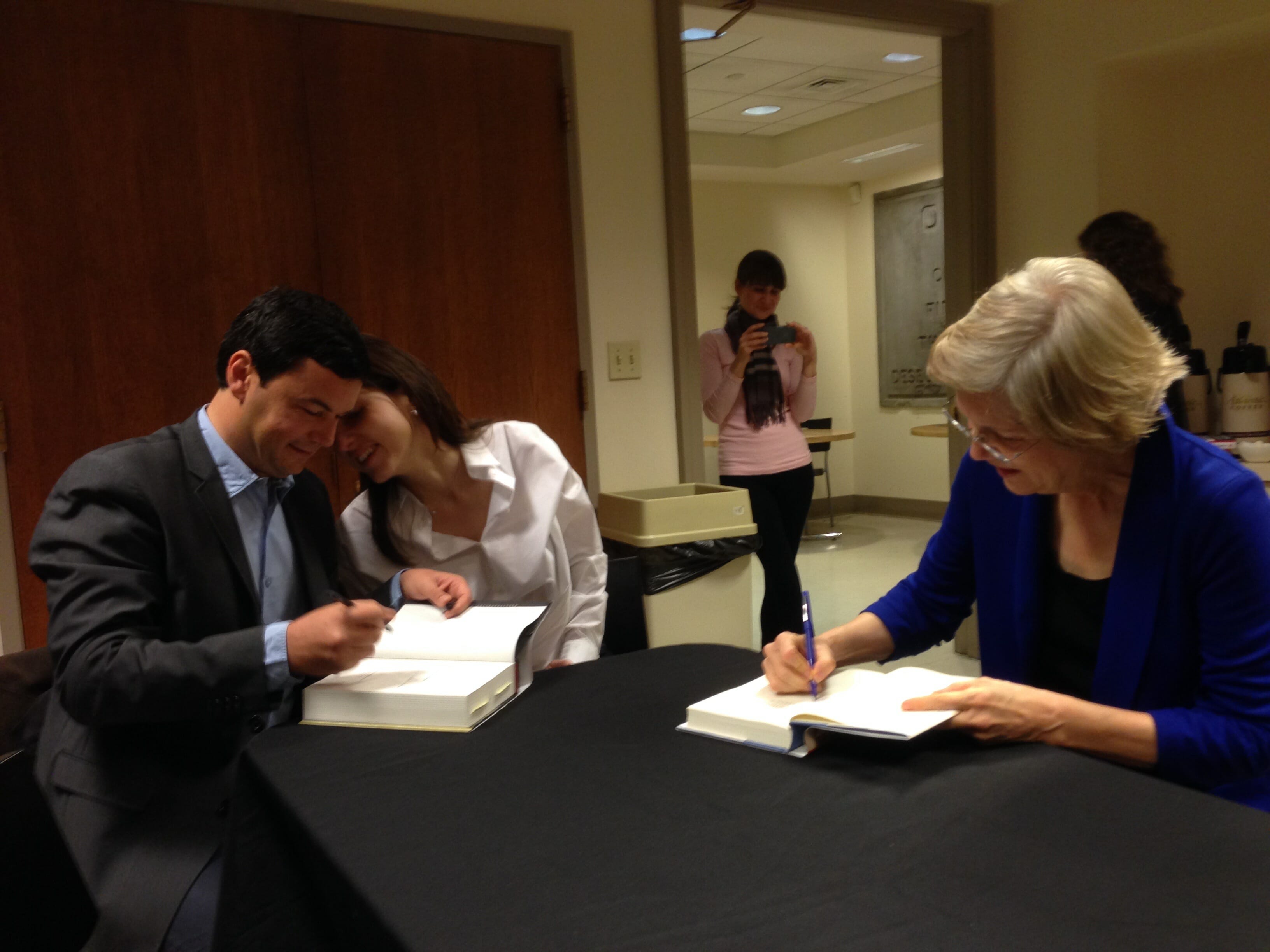 There are great moments in intellectual cross-fertilization. This may have been one of them.

Warren’s proposed wealth tax is timely. At a time of extreme inequality, a progressive income tax and a once-in-a-lifetime estate tax are not sufficient to put a brake on the concentration of wealth and power. This proposal will contribute to a progressive populist movement to protect our democracy against the corrosive impact of concentrated wealth.

Chuck Collins directs the Program on Inequality and the Common Good at the Institute for Policy Studies, where he also co-edits Inequality.org. His most recent book is Is Inequality in America Irreversible? from Polity Press and in 2016 he published Born on Third Base: A One Percenter Makes the Case for Tackling Inequality, Bringing Wealth Home, and Committing to the Common Good.

Beauty and the Beast (of Inequality)

MLK’s Dream of Economic Justice Is Far From Reality