Nomadland: The Impact of Gender-Bias in Wages

Go and watch the movie. And then go and read the book for yourself.

If you grew up agitated that “women earn 59 cents on the dollar,” for the same work as men, there’s a movie for you.

At the beginning of the new film, Nomadland, one of the characters tells Fern, the lead character played beautifully by Frances McDormand: “My social security check is $550.  How am I supposed to survive?”

In a film that is destined to win many accolades for McDormand and director Chloe Zhao, it’s important to appreciate the context of the individual stories –and the deep reporting that brought it to light.

When I first read Jessica Bruder’s work of non-fiction narrative, Nomadland: Surviving America in the Twenty-First Century, I told everyone I knew to read it.

As a work of nonfiction reporting, it opened up a whole world of people who described themselves as “houseless, but not homeless.”  Like Matthew Desmond’s book Evicted, Bruder brought human faces to the statistics that sociologists puzzle over.  What is the real impact of a life-time of unequal wages for women –and therefore lower Social Security payouts?  How do elders, especially women, economically survive losing a home, a spouse, a community? 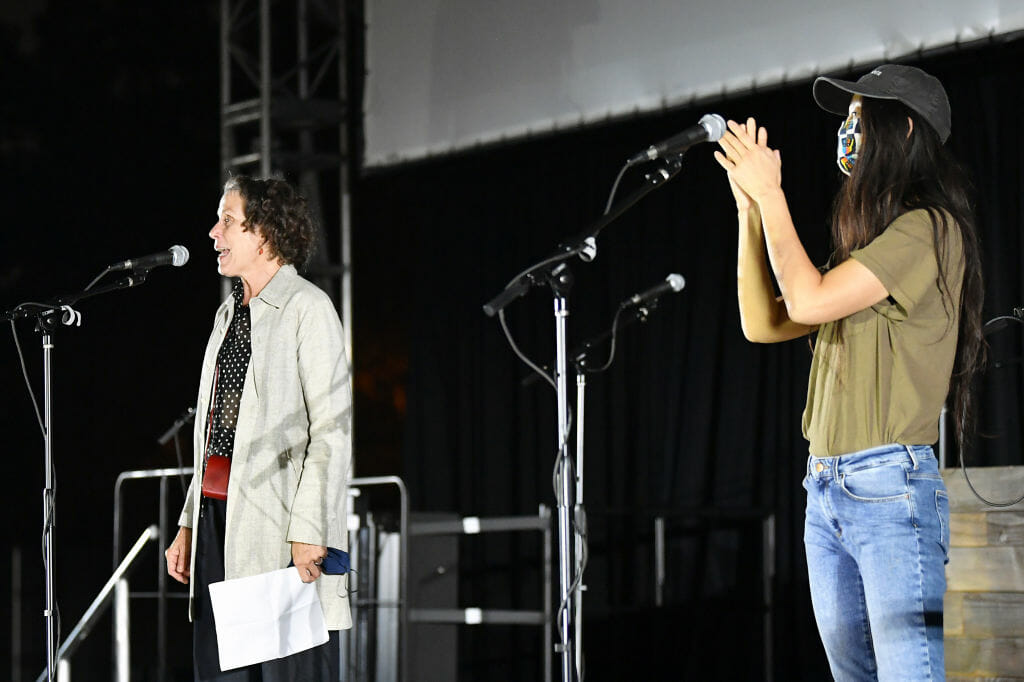 Nomadland powerfully depicts both emotional loss and the economic upheaval –and the skills people bring to survival.

It is true that the gender wage gap has slowly narrowed over the decades.  The gap is still an unacceptable 82 cents on the dollar.  But what about the women who earned 59 cents on the dollar for much of their work careers –and are now retired or approaching retirement?  Or the women who took time away from the workforce to have and raise children, a job that is both uncompensated and, still, overwhelmingly held by moms, not dads?

As I wrote for the blog at Project Twist-It –about “reimagining how we talk about poverty”:

For example, why do women retire with significantly lower Social Security benefits, after a lifetime of gender prejudiced earnings? I just read Jessicah Bruder’s terrific book Nomadland, about elders who lose or give up their housing and live in mobile homes and vans and do seasonable as “workampers” at national parks, Amazon warehouses and beet harvests. Many of them are women with monthly social security checks of less than $700. If these women had been paid the same amount over their lifetimes as their male cohorts, they wouldn’t be in the same circumstances.

A friend of mine from Arizona said that after reading Nomadland, she never looked at another van or mobile home camp the same.  “I always thought these were snowbird retirees looking for some sunshine,” she told me.  “I didn’t appreciate that for some of them, these were their homes.”

Bruder spent three-years living with the nomads in her own van, documenting their vibrant community of the road, including the mutual aid and kinship networks –alongside the loneliness and precariousness.  She accompanied her subjects as they worked the seasonal jobs – campground hosting at national and state parks, the beet harvest, seasonal gigs at Amazon warehouses, working 12 hour shifts in 70-year old bodies.

Many of these people would say they made a choice, that they choose the mobile life over the settled life. Most probably knew some aspect of a middle class life, but have the experience of being castaway, disposable workers in the Great Recession.  Most but not all are white, taking advantage of the fact that they can travel the blue line highways and Walmart parking lots without the fear of racial terror.

Bruder was an advisor on the film –and without her insights, there would be no Nomadland.  Common advice is you should read the book before the movie.  But in this case the movie is so good, maybe it opens hearts and minds to another set of often invisible stories of people struggling in an unjust economic system.

Watch the movie.  Then read the book.