Tipped workers and their advocates fought long and hard to get Initiative 77 onto the Washington, D.C. primary ballot in June. The proposition, which won with double-digit margins, demands establishments pay their tipped workers the full minimum wage, as opposed to the paltry $3.89 base pay for tipped workers.

But if the D.C. government gets its way, the victory will be short-lived. Seven city council members introduced a bill last week to overturn the proposition, thanks to a well-funded campaign from the restaurant industry that continues on despite defeat at the ballot. 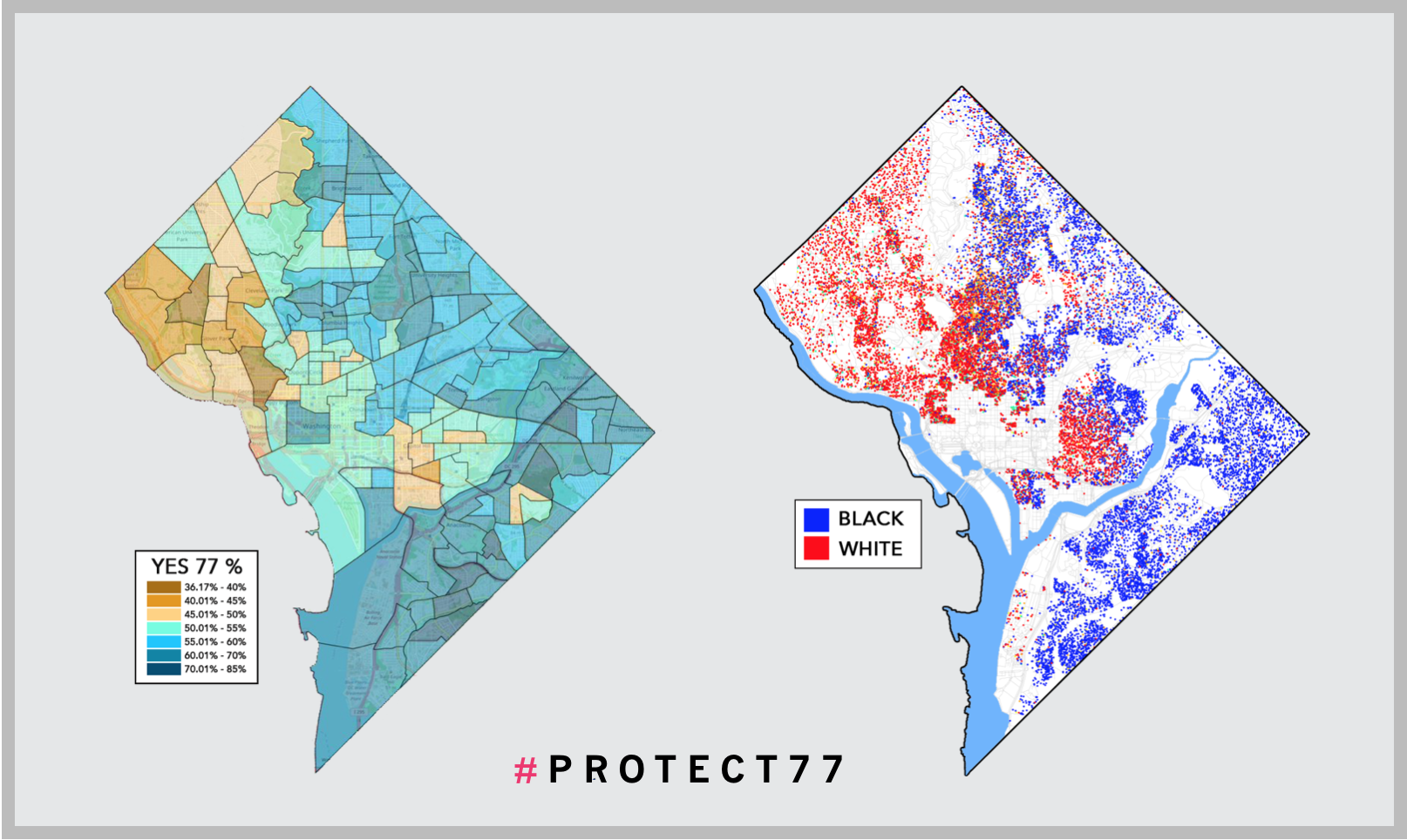 But despite its popularity, the council members of five of the city’s eight wards — all of which voted in favor of Initiative 77 — joined DC Council Chair Phil Mendelson and Councilmember-At-Large Anita Bonds to introduce a bill to suppress the voice of voters and maintain the subminimum tipped wage.

D.C. residents already know something about having their will ignored. District license plates read “Taxation Without Representation” — a reference to the lack of a D.C. vote in Congress. The district’s laws and spending are already subject to congressional authority, which means the city’s governance often turns into a bargaining chip during national debates.

City council members have decried the ability of Congress to interfere in how the city is run. Mendelson even called it “antithetical to democratic principles.” So why don’t they see their actions as belonging to that same anti-democratic tradition?

Inside D.C.'s Battle Over the Subminimum Tipped Wage

A coalition of worker and voting rights advocates gathered outside the city council offices on Friday to demand the local government respect the voices of the people they claim to represent. Restaurant worker Trupti Patel was appalled by the move of the D.C. council to block the will of the voters. “We did everything by the book,” Patel said. “This is outrageous.”

She was joined by Rev. Graylan Hagler, who asked why the same city officials pushing for D.C. statehood — an effort to give the district’s people fair representation in their own government — would repeal a voter-backed effort to raise wages.

“Calling for statehood is more than a speech,” Hagler said. “You cannot bellyache about the lack of statehood and then turn around penalize people because they didn’t vote the way your economic benefactors wanted them to.”

Diana Ramirez, who works for the D.C. chapter of the Restaurant Opportunities Center, pointed out that the Democratic city council members are now aligned with an unlikely ally in their fight to overturn the initiative: the same Congressional Republicans they condemn for interfering in the district’s local governance. Rep. Mark Meadows, who heads up the far-right Freedom Caucus, and Rep. Gary Palmer introduced a rider to the 2019 D.C. appropriations bill that would block the city government from carrying out Initiative 77.

“We get upset when Congressional Republicans are trying to meddle with our laws,” Ramirez said. “Well guess what. They did. They’re doing it again. And the D.C. council is aligned with them.”

But while D.C. voters are particularly vulnerable to having their vote suppressed, the anti-democratic trend of attacking ballot initiatives is national, warned Chris Melody Fields Figueredo, the executive director of the Ballot Initiative Strategy Center. “In 2017 and 2018, BISC saw more than 100 pieces of legislation in 24 states that attempt to undermine the ballot measure process,” Fields Figueredo told the crowd.

“In many cities across the country, in many states across the country — and we know that here in D.C. — elected officials are more beholden to big business, special interests, and trade organizations like the National Restaurant Association than the actual people who voted them in office.” Fields Figueredo said. “And that’s not right. These attacks are lawlessness.”

Negin Owliaei is a researcher at the Institute for Policy Studies and co-edits Inequality.org.

A Stunning Glance at the Geography of U.S. Income Inequality