To Grasp the Horror of CEO Pay in America Today, Look Global!

U.S. chief execs don’t just make significantly more than their peers in other nations. The corporations they run pay their workers significantly less.

No single statistic, in isolation, tells us particularly much. Numbers only gain real meaning when we compare them. Take, for instance, the figure for the increase in CEO pay last year at major American corporations. A statistic for this increase — 6.4 percent — appears in the just-released 2018 edition of the AFL-CIO’s annual PayWatch report on corporate compensation.

Does that 6.4 percent increase rate as a big deal — or nothing to get worked up about? We can’t reasonably answer that question without putting the 6.4 percent figure into some sort of broader perspective. The new PayWatch report, thankfully, provides that context: Average worker pay in the United States last year increased just 2.6 percent.

In other words, as the PayWatch study notes, “the imbalance in our economy between the pay of CEOs and working people is worsening.” And that rates as a big deal.

But to really understand how staggering America’s CEO-worker pay imbalance has become, we need to widen our field of comparative vision, from domestic to global.

A close look at the landmark new numbers

Researchers at Bloomberg have conveniently reduced global CEO pay trends down to a simple index. These researchers have looked at major corporations in 22 nations around the world. CEO pay for all these nations combined last year averaged $3.55 million. Bloomberg gives this average an index value of 100.

CEOs in Canada turn out to take home almost twice this global CEO pay average. Their average $6.49 million take-home gives them an index value of 183. UK CEOs make a little bit more than twice the global average. They average $7.95 million in pay, enough for a 224 index value.

What about CEOs in the United States? They top the Bloomberg global CEO charts. U.S. CEOs average over quadruple the global major corporate CEO average, with $14.25 million in annual pay and a 401 index value.

The next highest nation for CEO pay? Switzerland. Swiss chief execs average $8.5 million, not much more than British CEOs.

Global comparisons like these make apologists for American corporate executive compensation nervous, and for good reason.

These defenders of our unequal status quo like to claim that CEO pay in the United States simply reflects the value that the “market” places on the labor of chief executives. But U.S. CEOs compete in the same global marketplace as CEOs from Great Britain, Canada, and Switzerland. How can the same marketplace value the labor of U.S. CEOs so much more highly than the labor of CEOs from other nations?

America’s corporate cheerleaders have an answer: U.S. CEOs must be the world’s best CEOs!

Analysts at HowMuch.net have just crunched data from the OECD, the official economic research agency of the world’s developed nations, to chart how much workers take home in the world’s top national economies.

The Swiss, by the way, happen to feel that their own CEOs are grabbing much too much, well more than their fair share. Voters in Switzerland have actually passed a national referendum designed to moderate top executive pay.

What might those Swiss voters feel, we can only wonder, if they lived in the United States?

Sam Pizzigati co-edits Inequality.org. Among his books on maldistributed income and wealth: The Rich Don’t Always Win: The Forgotten Triumph over Plutocracy that Created the American Middle Class, 1900-1970. His latest book, The Case for a Maximum Wage, will appear in June. Follow him at @Too_Much_Online. 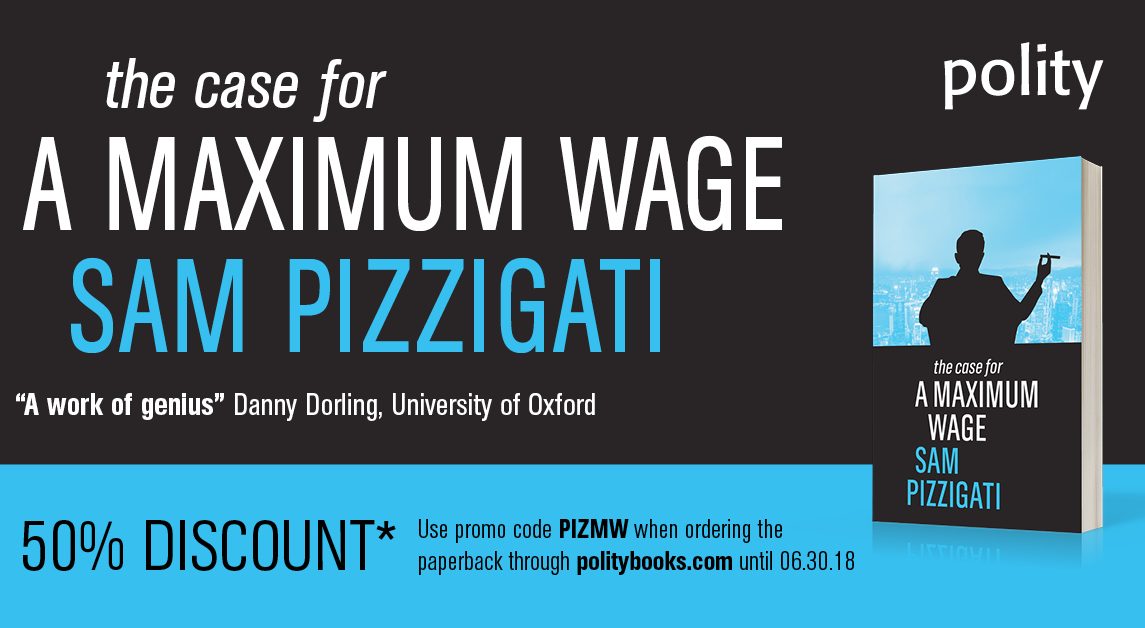