More than two-thirds of the top federal contractors and corporate subsidy recipients paid their CEO more than 100 times their median worker pay in 2017.

All across the political spectrum, Americans are feeling outraged about the huge gaps between what corporations pay their CEOs and what they pay their workers.

In fact, one poll shows that a majority of Democrats and Republicans want to see a cap on the CEO-worker pay divide.

But this outrage hasn’t had any effect on how our government spends our tax dollars. Every year, billions flow into corporations that pay their top execs more in a year than their workers could make in a lifetime.

In this video, I share the findings of a new Institute for Policy Studies report looking at the federal government’s top 50 contractors and top 50 subsidy recipients. What did I find? In 2017, more than two-thirds of these firms paid their CEO more than 100 times their median worker pay.

One of the firms I highlight in the report and the video is American Airlines, which was among the top 50 recipients of federal subsidies last year. The airline’s CEO took in $12.2 million, 195 times the typical worker’s pay.

We taxpayers are supporting companies like American Airlines directly through contracts and subsidies – and indirectly when their low-wage workers have to rely on taxpayer-funded safety net programs.

A 2018 survey found that employees at American Airlines subsidiary Envoy Air were making as little as $9.48 per hour, and 27 percent of these workers had to rely on public assistance to make ends meet. 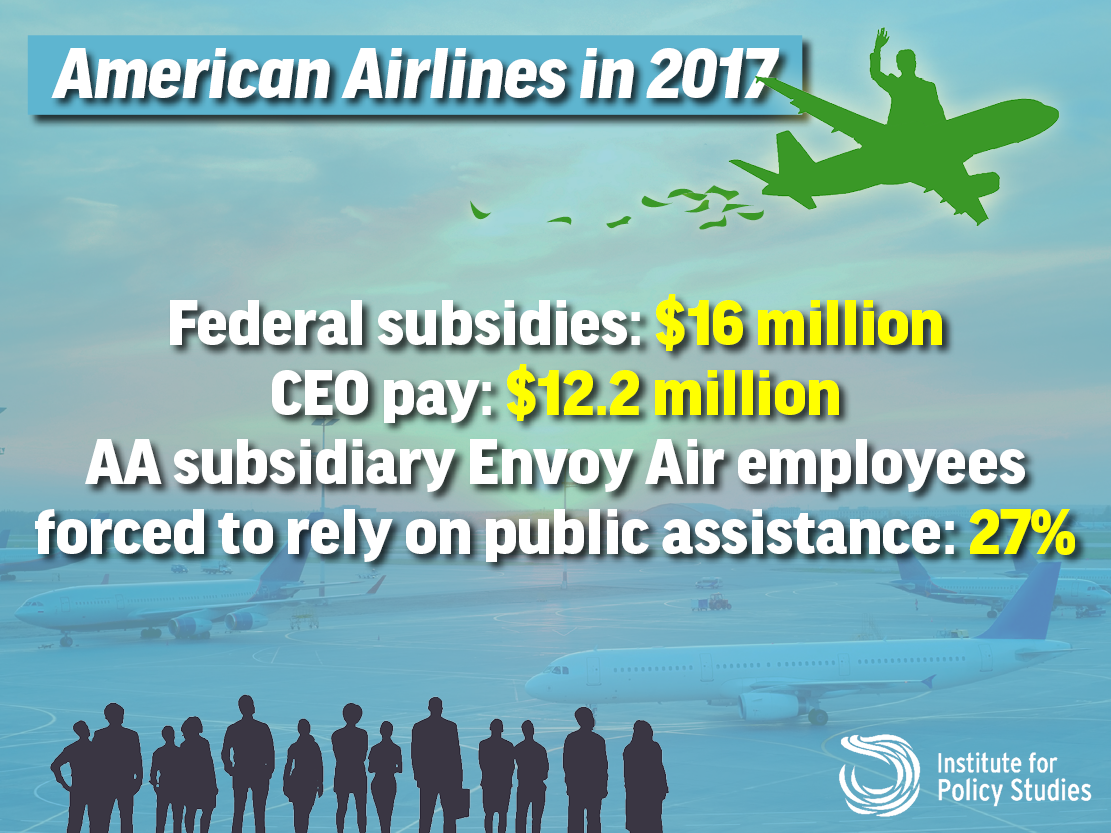 The really big buckets of taxpayer money go to the federal government’s top contractors. Last year, 34 of the top 50 (68 percent) paid their CEO more than 100 times their median worker pay. These firms raked in a combined total of $167 billion in taxpayer-funded contracts. They include companies like Lockheed Martin, which relied on the federal government for 97 percent of its total revenue last year. 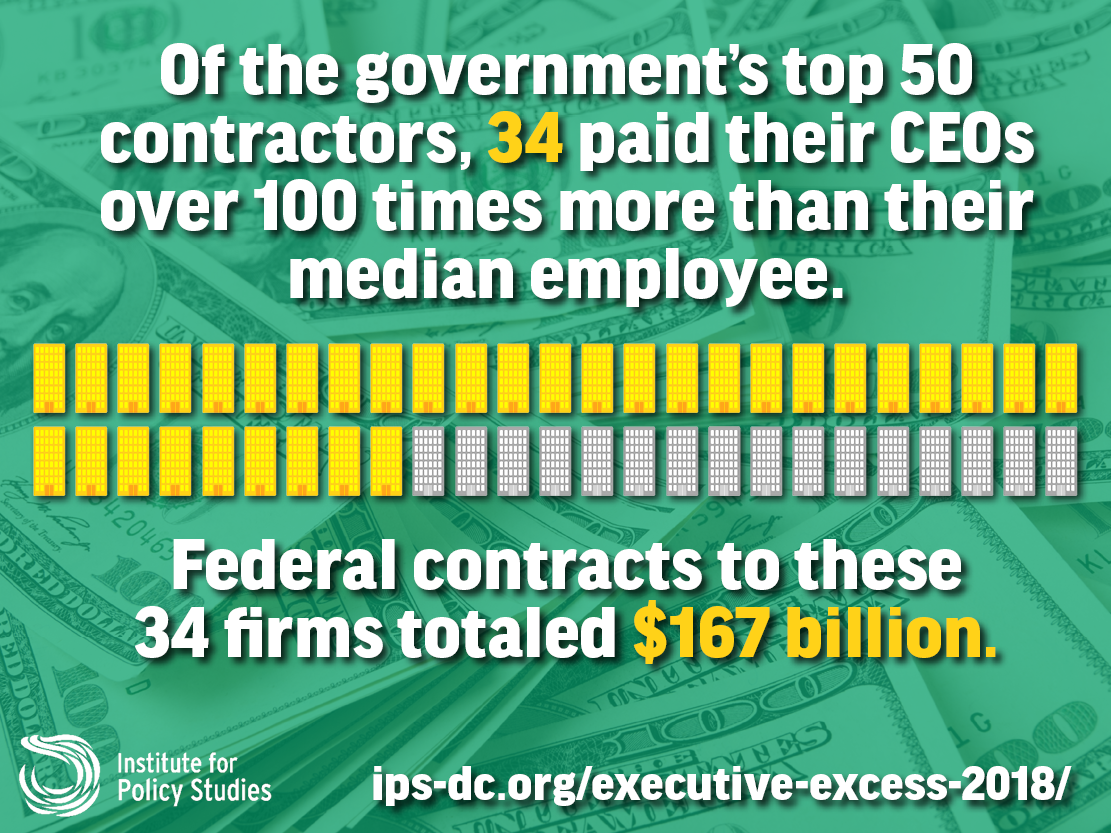 Shouldn’t our government be helping our society become more equal, not less?

Over a generation ago, we started denying government contracts to companies that discriminate — because we don’t want our tax dollars subsidizing racial and gender inequality.

Let’s take the next step. Let’s leverage the power of the public purse against companies that contribute to extreme economic inequality. Our new report documents the growing momentum to do this by tying CEO-worker pay ratios to tax, contracting, and subsidy policies. Under these types of reforms, companies could still refuse to share the wealth, but they would have to pay higher taxes and would not qualify for government contracts and subsidies. 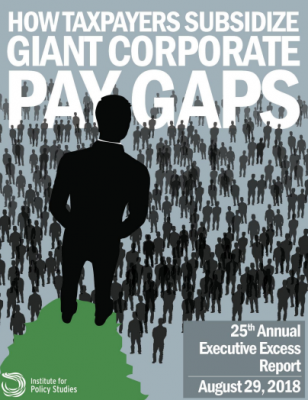 The U.S. Postal Service is a vital source of decent jobs for Black workers. Instead of cutting or privatizing services, this public agency should expand to meet 21st century needs.

Taxpayers Are Footing the Bill for Sky-High CEO Salaries