A new book brings the page-turning excitement of a crime thriller to the moral quandary of modern finance. 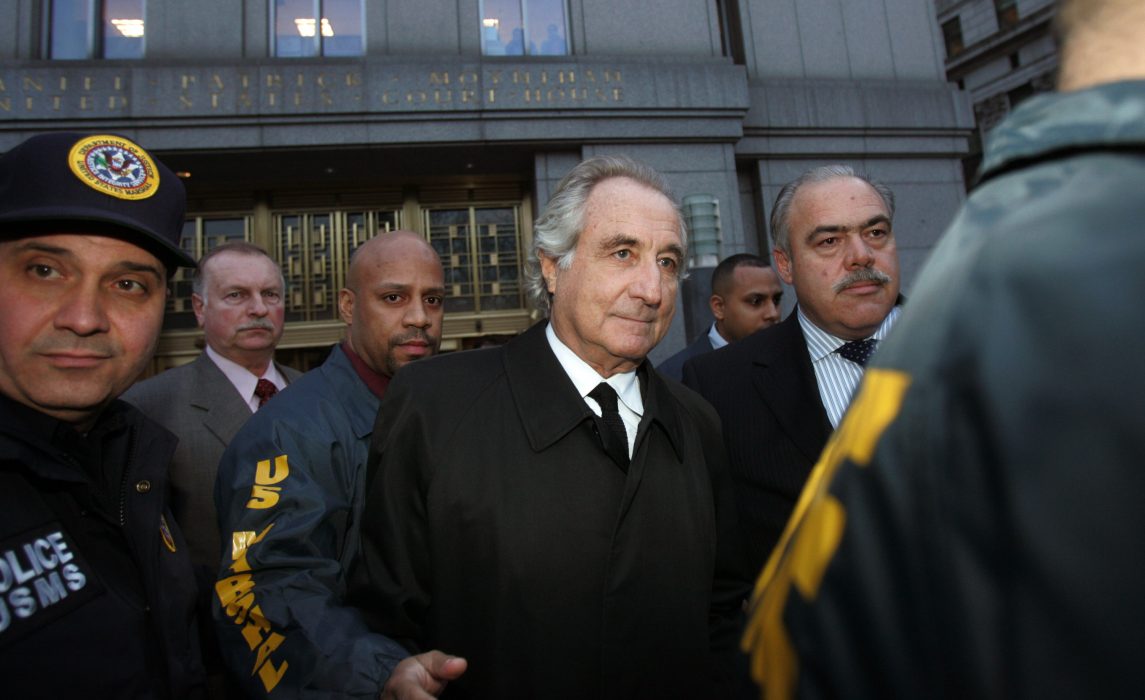 Bernard Madoff walks out from Federal Court after a bail hearing in Manhattan January 5, 2009 in New York City.

In 2008, in the wake of the financial crisis, almost every evening news cycle seemed to showcase a Wall Street banker getting led out in handcuffs to face justice.

Remember that? Me neither. In real life, only one Wall Street hotshot ever landed in handcuffs on television screens across the country: Bernie Madoff.

Madoff is now serving a 150-year prison sentence for defrauding investors. But Madoff’s crimes don’t hold a candle to the exploits of St. John Larrimer, the villain of Peter Steiner’s latest book, The Capitalist. With short chapters and quick-moving prose, Steiner brings readers on a whirlwind tour of the global financial system, with an all-too-real depiction of that system’s glossy veneer and slimy underside. 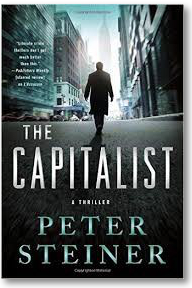 Larrimer, inspired by Madoff, makes off with $3 billion of his clients’ money and proceeds to stash both the cash and himself in offshore tax havens beyond the reach of law enforcement.

Escapist fantasy? We wish. Over $7 trillion today sits in offshore tax shelters. Last year’s release  of the Panama Papers gave us an up-close peek into one of the firms coordinating these shelters. Among the deep pockets implicated: Russian oligarchs, professional soccer players, and obscure wealthy businessmen the world over.

Readers of Steiner’s previous work will recognize this novel’s protagonist, the retired CIA agent Louis Morgon, a recurring character. We follow Morgon as he serves as both the vigilante seeking to bring Larrimer to justice and the book’s moral compass.

Larrimer has his own moral compass of sorts.

“In separating the gullible from their money,” Steiner writes, “St. John believed that he played a crucial role in the capitalist system, performing a kind of radical surgery on the failing economy.”

Steiner’s pages expose the utter obscenity of a world where offshore tax shelters stash laundered cash in legal jurisdictions created solely for the laundering. He also depicts a regulatory regime too weary to confront this broken system, content, at every juncture, to take the path of least resistance.

The Capitalist stretches beyond high finance to the sweatshops of Lahore, where workers toil to produce the finest of fashion for our planet’s wealthy. Steiner — in a episode inspired by the Tazreen Fashion factory fire in Bangladesh that left 117 workers dead — tells the story of a peasant seamstress who survives a factory fire of her own. Steiner masterfully weaves her story into the lives of his ultra-rich bankers.

The banks those bankers run today, in real life, have become bigger than ever. We appear to have learned nothing from recent history. A repeat of the financial crisis seems all but inevitable, especially so given our current administration’s commitment to deregulation.

This administration’s ongoing daily scandals in have many of us looking for a little refuge in a bit of fiction. The Capitalist entertains, but you won’t find any refuge here from the frustrations of our deeply broken economic and political systems. Steiner instead gives us brilliantly crafted characters in an action-packed story all-too-relatable for anyone paying attention — to the lives real people are actually living.

Josh Hoxie directs the Project on Taxation and Opportunity at the Institute for Policy Studies.

Fun at the Frontier