Can We Automate Inequality Out of Automation?

We don’t have to let Big Tech define our technological future.

Why has the gap between America’s rich and most everyone else widened so much over recent decades? The two most basic arithmetic reasons: Our rich are raking in fabulously more than ever before, and, at the same time, millions of working people are taking in significantly less.

But why? What explains the sinking incomes of so many American workers today? Globalization plays a role. So do the fading value of the minimum wage and the ever smaller share of workers with collectively bargained contracts. But another factor, says MIT economist Daron Acemoglu, may be the most potent driver of these shrinking wages: automation.

Automation happens when machines or algorithms — essentially, instructions for computers — do the work real people used to perform. We’ve been seeing plenty of this substituting over recent decades, Acemoglu this past Tuesday told the House Select Committee on Economic Disparity and Fairness in Growth. The result: Americans who’ve been performing “routine tasks” in industries rapidly automating “have almost uniformly experienced large declines in their real wages.”

So what to do? Above all, many movers and shakers argue, we must not stop automating. Automation, their argument goes, will always be disruptive. This disruption amounts to the price we simply have to pay for progress. We have no choice. We cannot and should not stop technology’s grand march forward. Only fools — “Luddites” — would even try.

But MIT’s Acemoglu and other analysts argue that we do have a choice, not between accepting and rejecting technological progress, but a choice between two competing visions of what automation can and should be.

“Not all automation technologies,” as Acemoglu told Congress Tuesday, “are created equal.” 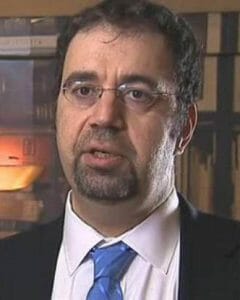 The vision currently driving automation comes from our high-tech corporate giants, mostly in the United States and China, that are now laying out two out of every three dollars spent globally on the artificial intelligence right at the core of modern automation. These tech giants, Acemoglu explains, operate on a business model that rests “not on creating jobs but automating them.” Automation, for Big Tech, serves to primarily provide an “easy way of reducing labor costs.”

So Big Tech automates away, even if the tech they introduce makes little contribution to significantly raising productivity. And that has become Big Tech’s dirty little secret: Much of what passes as high-tech “progress” today merely substitutes tech for people. Google is employing, Acemoglu points out, less than a tenth of the workers that General Motors used to employ.

This approach pays off sweetly — for Big Tech execs. Eight of the world’s ten richest people, the Bloomberg Billionaires Index reminds us, owe their fortunes to high-tech.

The rest of us, meanwhile, are subsidizing — through the tax code — Big Tech’s profiteering approach to automation. Firms that substitute machines for people pay less in federal payroll and income taxes. Throw in the “generous depreciation allowances” and other sorts of tax subsidies now on the books, adds Acemoglu, and we have a situation where software and equipment get taxed close to zero.

“This generates,” notes the MIT economist, “a powerful motive for excessive automation,” the automating that replaces workers without appreciably — or at all — enhancing productivity.

“The transformative technologies of the 20th century, such as antibiotics, sensors, modern engines, and the Internet, have the fingerprints of the government all over them,” notes Acemoglu.

These transformative technologies didn’t aim to replace workers. They aimed to seriously increase productivity and, in the process, created new job opportunities. One example: The automation of the decades right after World War II, Acemoglu told Congress, “created millions of jobs and achieved broadly shared prosperity.”

Today, by contrast, the federal government has essentially handed oversight over technological research to Corporate America. Instead of directly funding research that promises broadly shared economic benefits, the government is bestowing upon Corporate America hefty tax breaks and subsidies to do whatever research top execs would like to pursue.

Top U.S. corporate execs, naturally, like things this way. They want us to see their approach to automation as the only alternative that fits the realities of the 21st century. But alternatives do exist. Other nations are vividly demonstrating that the technological cutting edge need not become a bleeding edge for working people.

In highly unionized Germany, the House Economic Disparity panel’s overview for Tuesday’s hearing points out, industrial robots have turned out to be “far more prevalent than in the rest of Europe and the United States.” Employers and unions worked together to introduce these robots. Thanks to their joint planning, the intro of robots into the German economy has not resulted in “in overall job loss.” Most workers have remained “in their original workplace even if performing new tasks.”

In Sweden, “job security councils” jointly run by employers and unions “have been providing proactive support, including reskilling opportunities, and guidance to displaced workers — even before displacement occurs.”

No technological factors are preventing the United States from moving in that same direction. We could be automating and innovating — expanding opportunities for meaningful work — at the same time. What would that take? For starters, a robust federal commitment to “scaling up” programs for life-long learning, as outlined last December in a landmark House Education and Labor Committee Future of Work report.

We would need to couple those expanded training opportunities with government R&D efforts that, MIT’s Acemoglu suggests, specifically advance “technologies that help human productivity and increase labor demand.” And then the toughest tasks: We need to break Big Tech’s monopoly grip and rewrite those federal tax code provisions that encourage our corporate execs to see automation as their fast track to grand personal fortune — at worker expense.

Striketober Becomes Strikesgiving as Workers Rediscover the Power of Unions