Accessible Housing Should Be Affordable, Too

When Anne Johansen imagined the difficulties of living in a nursing home, she was mostly nervous about the food and potential privacy issues. Those ended up being the least of her worries. Johansen went through four separate nursing homes over seven years — moving due to mistreatment and safety concerns.

Over the course of her time in nursing homes, Johansen witnessed lots of psychological abuse and neglect. She advocated for change in the numerous places where she lived in, but became frustrated with the nursing home system as a whole. A friend and former social worker recommended the Boston Center for Independent Living to Johansen, who then began the long journey of transitioning to her own accessible apartment.

Johansen lobbies for better housing policies alongside Lenny Somervell, a community organizer at the Disability Policy Consortium. Somervell has worked on housing, healthcare and civil rights issues for people with disabilities for years, both at the federal and Massachusetts state level, and says there’s a strong systemic link between inequality and disability across the country. 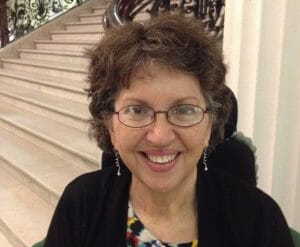 Congress passed the Americans with Disabilities Act 28 years ago, which bans discrimination against people with disabilities in every facet of public life. But accessibility is still treated as a luxury rather than as a necessity.

For example, Somervell points to the high unemployment rate for people with disabilities in the United States, made worse because “the structural barriers to employment are literal” in cases where office architecture isn’t accessible. The economic barriers aren’t limited to the workplace. “The structure of our social safety net, an entrenched culture of ableism, and lack of physical access combined forge the links between poverty and disability in the United States,” she says.

As an organizer, several of the people Somervell works with who are chronically homeless have at least one disability. “People with disabilities are homeless because they are poor, but they are also homeless because housing is inaccessible,” says Somervell. “The lack of accessible housing is especially acute in Massachusetts, where old housing stock and outdated state regulations combine with rapid gentrification in a perfect storm to keep disabled people out in the cold or incarcerated in nursing homes, where medical, sexual, and physical abuse is common.”

Due to the older housing stock Somervell references, the overwhelming amount of housing available are not accessible, and cannot be adapted without structural costs, which are often financially prohibitive. And while the Massachusetts state building code requires new housing developments with more than 50 units to make a percentage of their homes either accessible, only Boston requires the developments to make any link between affordable and accessible units.

As Somervell points out, many of those new developments with accessible units are already out of financial reach of the typical Massachusetts resident. “When new, 50+ unit construction, the only type of construction where every unit is potentially usable for a disabled person, is all, or almost all, luxury or super-luxury, and affordable housing is all, or almost all, pre-ADA and/or smaller scale, where do people with disabilities live?”

Anne Johansen ran into that problem often when trying to find a home. “It took months not only for me to find a Section 8 voucher to move into an apartment after I began my search with BCIL, but it wasn’t until years later that I was able to get my apartment remade to become accessible to my disability,” said Johansen.

After witnessing the acute need for both accessible and affordable housing, Johansen began working with BCIL to help more people find a place to live, and serves on the center’s Personal Care Attendant Workforce Council. She’s also teamed up with Lenny Somervell to push for several legislative solutions, including bills that would provide more housing vouchers to single people with disabilities, update the building code requirements to mandate adaptability in older housing developments, and require more workplace accessibility in new commercial buildings.

Jessicah Pierre is the inequality media specialist at the Institute for Policy Studies.

The Carcinogens That Come in Pay Envelopes

Gilded Giving 2018: Top-Heavy Philanthropy and Its Risks to the Independent Sector

by Helen Flannery and Josh Hoxie