And that senator is using his gavel to boost a bill that ups taxes on firms that pay execs outrageously more than their workers.

In 1883, at the dazzling height of America’s original Gilded Age, a noted trade union editor of the era came before the U.S. Senate Committee on Education and Labor. Karl Dovai, an immigrant from Germany, testified that sewing women were currently earning no more than 9 to 11 cent a day. Tycoons like the infamous Jay Gould, Dovai added, were making $10,000 an hour.

“Suppose the difference between the highest and lowest wages will be as one to ten — that will perhaps be the most that will occur — would not that be better than it is now?” Dovai asked the assembled senators. 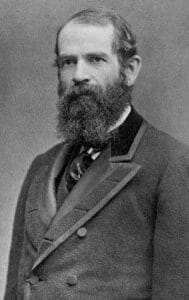 Did those senators snicker at Dovai’s query? Did they roll their eyes? We have no record of their response. We do know that Americans who shared Dovai’s sense of outrage spent the next three generations struggling to forge a nation where no corporate executive could make more in an hour — or even a day — than that executive’s workers could make in a lifetime.

And those outraged Americans, to a remarkable extent, succeeded. By the mid 1960s, Economic Policy Institute research details, corporate chiefs were averaging no more than 20 to 25 times the pay of America’s typical workers.

But the equality tide would soon begin ebbing. By the early 1980s, the CEO-worker pay gap had doubled to between 40 and 50 times. That gap would soon grow much wider. Indeed, in the early 21st century, one of America’s more thoughtful economic insiders would look back at the early 1980s as almost an egalitarian golden age.

That insider, William McDonough, served as the president of the Federal Reserve Bank of New York. On September 11, 2002 — the first anniversary of 9/11 — McDonough stepped to the podium at Trinity Church, a grand old edifice that sits along Wall Street, and urged his listeners to help correct the “remaining imperfections in our democracy.” McDonough had one specific imperfection in mind: the gap between America’s most privileged and everyone else.

“I am old enough to have known both the CEOs of 20 years ago and those of today,” McDonough told his Trinity Church listeners. “I can assure you that we CEOs of today are not 10 times better than those of 20 years ago.”

McDonough retired the next year, in 2003, and would pass away early in 2018. He didn’t live long enough to witness a reality that would have anguished him even more: In 2018, 50 U.S. CEOs took home over 1,000 times the pay of their most typical workers.

We have, in effect, reentered Jay Gould territory. But a key U.S. Senate panel has just begun what could become the pullback we so desperately need from that hazardously unequal turf. The Senate Budget Committee held a hearing yesterday on the “Income and Wealth Inequality Crisis in America,” and that hearing welcomed the introduction of the best federal legislation yet on outrageous CEO pay.

How the CEO-Worker Pay Gap

If this Tax Excessive CEO Pay Act legislation had been in effect last year, Walmart would have faced up to $854.9 million more in corporate taxes and Home Depot up to $550.8 million more.

CEO-worker pay ratio legislation has been before Congress before. The late Rep. Martin Sabo from Minnesota three decades ago introduced a bill, the Income Equity Act, that would have eliminated the tax deductibility of CEO pay that exceeded 25 times average worker pay. Rep. Barbara Lee from California then advanced a similar bill after Sabo retired, and some version of CEO-worker pay ratio legislation has been before every Congress ever since.

What makes this latest bill so special? The bill’s lead sponsor, Vermont’s Bernie Sanders, just happens to now chair the powerful Senate Budget Committee. Three other influential senators have joined Sanders in introducing the legislation: Elizabeth Warren and Ed Markey from Massachusetts and Chris Van Hollen from Maryland. Leading the way in the House: Barbara Lee and Michigan’s Rashida Tlaib.

At yesterday’s Budget Committee hearing, chairman Sanders gave the floor to one of the nation’s top advocates for penalizing corporations with excessive gaps between their CEO and worker pay rates.

“We have been documenting for decades how reckless practices have perversely rewarded CEOs for slashing jobs, cooking the books, accelerating climate change, and dodging taxes,” Institute for Policy Studies analyst Sarah Anderson told the Sanders panel. “And yet, once again, just as in the aftermath of the 2008 crash, corporate boards are fixating on protecting the paychecks of those executives who sit at the corporate summit.”

At Coca-Cola, for instance, none of the soft drink maker’s top execs met their bonus performance targets last year. But Coke awarded them their bonuses anyway, noted Anderson, to reward them for their “resilience” during the pandemic. CEO James Quincey ended up with over $18 million in take-home, over 1,600 times the pay of Coca-Cola’s most typical worker.

“We could leverage the power of the public purse against outrageous CEO compensation,” she explained, “by giving corporations with narrow pay ratios preferential treatment in government contracting.”

Does the Tax Excessive Pay Act have any realistic path to passage? The aims of the legislation certainly resonate well with the public at large. A Harvard Law School Forum on Corporate Governance report at the end of 2019 found a “stark” disconnect between the pay the public feels top execs should be making and the vastly greater sums they actually are.

“The public not only expresses unfavorable views about CEO pay,” the Harvard Law study added, “but they also express healthy degrees of cynicism about how CEOs get their jobs (hard work versus luck and connections).”

So if the public finds current CEO pay so revolting, why hasn’t previous executive pay legislation gone anywhere at the federal level? Previous White Houses have had no or little interest in challenging corporate executive power. And those members of Congress willing to take on that power haven’t had a legislative platform high enough to focus public attention on serious legislative antidotes to CEO excess.

The legislative reality — with the Budget Committee chair role that Senator Sanders currently holds — has now changed. And he’s clearly intending, yesterday’s hearing demonstrated, to make the most of it.

So Elon Musk may not be all that fabulously ‘brilliant’ after all.

Another Election Day, another sigh of relief — from America’s deepest pockets

For Every Buck a Billionaire Gives to Charity, You Chip in Up to 74 Cents

No, The Rich Are Not Paying Their Fair Share

by Bob Lord and Chuck Collins