Across the Global South, and especially in Latin America, international mining companies are using a combination of pressure tactics to forcibly open mining operations in places where communities have resisted them.

First, they resort to deception and repression. Then, if that fails, they sue governments in international tribunals — which can force governments to pay massive awards to the corporations and undermine public decision making in the people’s interest.

A new report we co-authored looks at one U.S. corporation’s efforts to use the pressure of an expensive lawsuit to strong-arm the Guatemalan government into green-lighting an unwanted mine.

Kappes, Cassiday & Associates (KCA), a private, Nevada-based mining company, consolidated its control over a gold mining project about 20 miles north of Guatemala City eight years ago. Faced with an intergenerational movement to stop the mine in order to protect scarce water supplies, KCA sued the national police in domestic courts for more protection. Only a few months later, under the leadership of a retired Lieutenant Colonel that served during the genocidal dictatorship of Efraín Ríos Montt, the police drew up counter-insurgency-style security plans aimed at breaking up the opposition movement, known as the Peaceful Resistance La Puya.

Armed with strong support from the Catholic Church and a brave commitment to non-violent direct action, the communities’ 24-hour peaceful blockade succeeded in holding off advancement of the project for a number of months. However, on May 23, 2014, with an excess of tear gas and force, the police broke the blockade and ushered in the company’s heavy equipment to start operations.

The encampment on the road outside the mine’s entrance remained, however, and La Puya continued to fight back through the courts. In 2016, the Supreme Court suspended the mine for lack of prior consultation with Indigenous people. Now, KCA is suing the Guatemalan government for half a billion dollars for allegedly discriminating against the firm and, once again, for not protecting it enough.

KCA brought their complaint to the World Bank Group’s International Centre for Settlement of Investment Disputes (ICSID), the leading arbitration tribunal handling such “investor-state” lawsuits. They are demanding over US$400 million dollars as compensation for future lost profits (plus costs and interest) — an incredible sum for the Central American country.

Our report debunks the company’s claims it obtained community support and followed the rules in Guatemala. It also fills in the gaps in information that the company conveniently leaves out of its lawsuit, including details on the police repression, threats, attacks, and legal persecution used against the peaceful community resistance in order to get the mine up and running.

Arbitration suits like KCA’s are made possible by international trade and investment agreements and are disproportionately brought against governments in the Global South, especially Latin America. This case is further evidence of why it is necessary to dismantle investor protection rules that enable — and even award — corporate abuse.

This type of investor suit costs governments millions in legal fees alone, and can cast a chill on public decision making that might otherwise prioritize the rights and well-being of marginalized communities and Indigenous peoples. For example, the Inter-American Commission on Human Rights ordered the Guatemalan government in 2010 to suspend a Canadian-owned gold mine for failing to respect the self-determination of Maya-Mam communities, as well as impacts on water and health. Documents show the government refused to implement the order in part due to fear of provoking an expensive arbitration suit.

The KCA story in Guatemala started in 2011, when the company received an operating license despite a presidentially declared mining moratorium. The license was also based on a woefully incomplete environmental impact assessment. KCA went on to build its mine without obtaining a construction license and was later found to be violating over 100 environmental and labor norms.

Despite lax regulations and lenient treatment, KCA’s project still could not operate due to the peaceful community blockade in front of the mine’s entrance. That final obstacle was overcome with a brutal combination of violent police repression, threats from the company’s private security, and legal persecution of community leaders by people employed (or believed to be employed) by the company.

During the short time period when the mine operated from 2014-2016, community opposition never wavered. In 2016, the Supreme Court found that the Ministry of Energy and Mines had not consulted with Indigenous people in the area and suspended the mine. The Constitutional Court upheld this decision in June of this year. 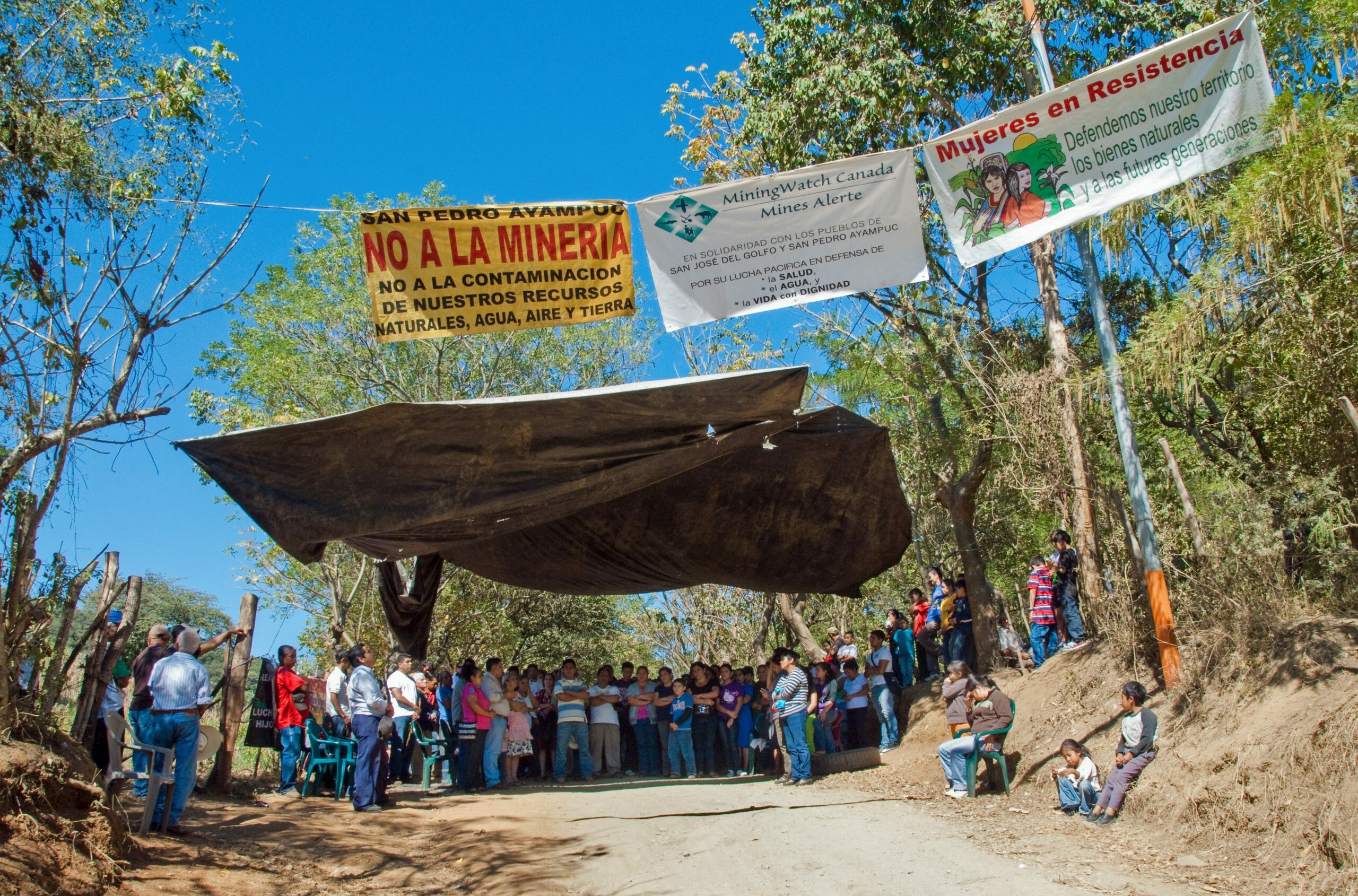 While KCA is the first mining company to sue Guatemala, it may not be the last. Two others recently threatened to file claims over similar court decisions that have suspended their mines for lack of prior consultation with Indigenous peoples. These threats add to the tremendous pressure on authorities to further bend to the industry’s wishes. As recently reported by the Transnational Institute, Guatemala has already fought several other non-mining cases and is currently trying to suspend payment of an estimated US$36.5 million awarded to U.S. electricity corporation TECO.

The battles raging at La Puya and in other parts of the country against mining projects are fundamentally disputes over the neoliberal economic development model. A 1997 national mining law and the 2005 U.S. trade agreement with countries in the region (CAFTA-DR) are part of the legal infrastructure that was imposed following Guatemala’s decades-long internal armed conflict, which ended in 1996. The aim was to favor foreign investors, working hand-in-hand with Guatemalan elite, to expand mega-projects across the country — projects that disproportionally harm poor and Indigenous people.

The system is rigged in favor of CEOs of companies like KCA who can take advantage of lenient rules and lack of regulatory oversight, private security groups staffed with ex-military officials, and abundant support from state armed forces to expand their profits.

Indigenous peoples and rural communities, like those at La Puya, simply want respect for their self-determination and access to clean water. But the panel of arbitration lawyers that will hear KCA’s case will not be weighing the concerns of affected people. It will make its determinations based on unjust rules set up to protect foreign investors alone.

This is a neocolonial system that reinforces stark asymmetries in power. It’s time to get rid of it.