Meet the Billionaires Profiting off Job Losses at GM

Hedge fund heads buy up mansions and NFL teams, all on the tab of autoworkers.

General Motors closed its plant in Lordstown, Ohio, earlier this month. And as thousands of workers lose their jobs, GM says it expects to save $4.5 billion. That may seem like a large sum, but it’s not even a fifth of the amount that the company has sent to Wall Street investors over the last four years, a new report from the Hedge Clippers and the American Federation of Teachers has found. $10 billion of that amount alone has gone towards controversial stock buybacks that inflate the price of GM shares and line Wall Street pockets.

Those buybacks are thanks to a years-long campaign from the company’s hedge fund investors, who threatened pricy proxy battles if the automaker didn’t provide quick payoffs. So who’s profiting off the job losses at GM? The report highlights the vultures heading up the hedge funds who have been pushing GM for a payout. Here’s an introduction, courtesy of the Hedge Clippers, to the billionaires killing jobs at General Motors. 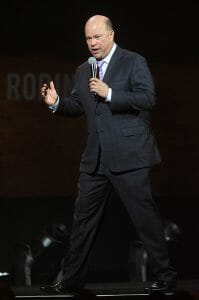 David Tepper doesn’t need a windfall from GM. The Appaloosa Management founder is worth $11.6 billion, and pulled in $1.5 billion in 2017 alone. Where did all that cash come from? Tepper’s wealth skyrocketed by nearly 500 percent thanks to his bet on the financial collapse that caused the misfortunes of millions. He’s used that wealth to buy an NFL team for a record sum of $2.275 billion. And he still has enough cash left over to buy a $43 million oceanfront mansion in the Hamptons that he promptly razed to build an even larger home in its place. But Tepper still might fancy himself a bit of a philanthropist. He founded a PAC devoted to privatizing schools and supposedly fights poverty through “relentless monetization” as a board member of Robin Hood Foundation. 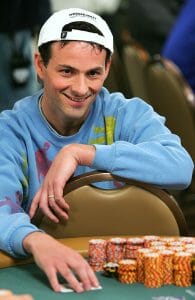 Job losses aren’t the only predatory way Einhorn makes his cash. The Greenlight Capital president is a heavy fossil fuel investor. CONSOL Coal Resources is one of Greenlight’s big investments. And its parent company, Consol Energy, has paid out millions for violating pollution discharge limits hundreds of times. To make matters worse, Consol is part of a trade association lobbying against updated regulations that would tighten the emissions of a carcinogenic coal power byproduct. Einhorn doesn’t only gamble with people’s livelihoods and the planet. The investor is a World Series of Poker regular. 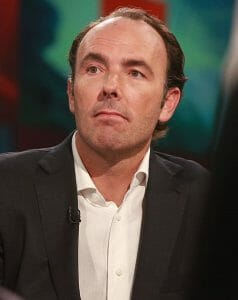 Bass is known for disputing pharmaceutical patents while short-selling drug stocks – a maneuver that makes him money while raising drug prices for everyone else. Before that, Bass made a fortune thanks to a big bet on the housing market collapse. He’s used that fortune to turn himself into a caricature of a cartoon villain. According to financial journalist Michael Lewis, Bass keeps gold bricks and platinum bars in his desk and Fed-Exes himself himself explosives to blow up beaver dams on his Texas property – the same property that holds a $60 million, 41,000 square foot ranch house.

Brosens knows how to profit off the pain of others. Taconic Capital, the firm he founded, has been pulling in massive sums, all on the backs of Puerto Ricans living through an inhumane austerity program. Taconic bought up subordinated bonds after Hurricane Maria hit Puerto Rico, turning the devastation of others into a $68 million financial windfall for vulture investors. Before Brosens was calling for draconian cuts to social services for Puerto Ricans, he bought a $6 million co-op from Rupert Murdoch’s ex-wife, complete with marble bath, wood-paneled library, and views of New York City. 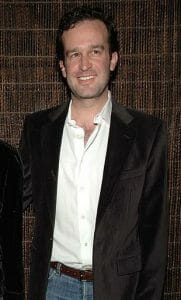 If you’re going to click on anything in this article, make sure it’s this Architectural Digest piece on Curry’s Dominican Republic compound – a private retreat for their fellow elite, including Charlie Rose, Mariska Hargitay, and Georg Soros, looking for something beyond the standard luxury resort. Boykin and his wife, Celerie Kemble, created the opulent Playa Grande Beach Club, where a bungalow goes for thousands of dollars a night. The family has a private residence at the beach club, in addition to their multi-million dollar apartment in a Trump building off Central Park.

A New Moneyball for Our Deeply Unequal Age