At the Economic Policy Institute, New Leadership — and the Same Old Integrity

A premiere source for the data and analysis America’s working families need is turning a fresh corner.

In Corporate America these days, business gurus never tire of hammering home the importance of “building up the brand.” Over the past three decades, in America’s progressive circles, no institution has a done a better job at building up the brand — for careful, cogent number crunching — than the Washington, D.C.-based Economic Policy Institute. Now the 31-year-old EPI stands poised to begin a new era. Thea Lee will next month succeed veteran economist Larry Mishel as the think tank’s president.

Lee’s no stranger to EPI. She worked there early in her career, over 20 years ago, specializing on global trade during the pivotal debates on NAFTA. Lee continued that trade policy work at the AFL-CIO, America’s labor center, where she went on to become the labor federation’s policy director and then its deputy chief of staff.

What will Lee’s new role mean for EPI’s widely respected work on income distribution and the squeeze on America’s working families? Inequality.org sat down with Lee earlier this week to get her take. 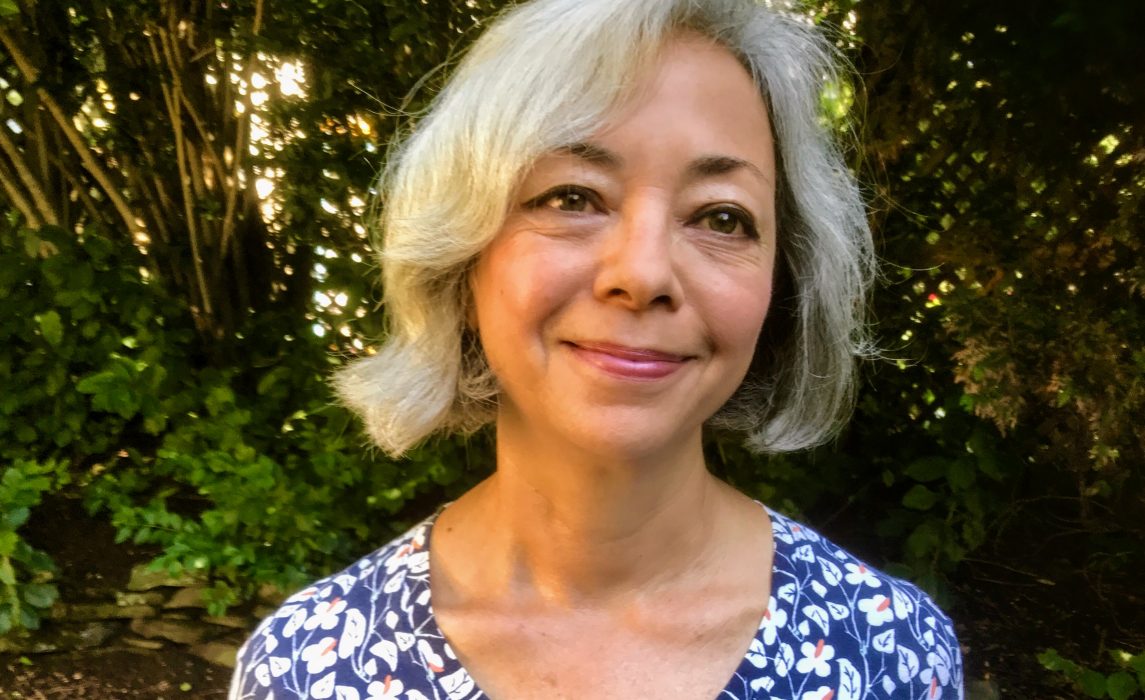 Thea Lee: “At EPI we want, first of all, to be relevant in the lives of everybody who’s working for social change.”

In 1986, the year EPI began, the growing inequality in American life was just starting to become evident. Now the awareness of that inequality has become much more widespread. How does this growing awareness impact what you see as EPI’s future role?

I think we have two things here. One is increased awareness. The other, increased inequality. EPI began over 30 years ago by identifying many of the problems and concerns that working people faced, problems and concerns that were getting far too little attention. And now we’ve come to a point where the level of inequality has become so egregious, so outrageous, that politicians ignore it at their peril.

We see this inequality in the fabric of our society, in our daily lives. So I think for EPI now the challenge is not so much to identify the problem as to fix it.

Back in 1986 the challenge was more a matter of getting people to focus on the new long-term trends that had been put in place, the attack on working people, the wrong kinds of globalization, the deregulation and privatization that started to undermine so much of what Americans take for granted.

These trends have been in place for a long time now, but their impact has been hidden, to some extent, because the United States is such a large country, such a wealthy country, with a lot of things — like our physical infrastructure, like our education system — that take decades to wreck.

And families, for their part, have a lot of ways of coping. So we’ve seen these long-term trends in real wages — the median full-time male worker hasn’t seen a raise in real terms since the 1970s, even with technology improving and productivity growing. That’s a long time not to have had a raise. And yet, if a male worker’s wife goes to work and he keeps working until he’s 73 and his teenage kids have an after-school job, the family can survive and patch together a decent income and keep going.

So the median family income will be more robust. The family can hold on even as the wages of individual workers are being eroded. They may not feel as well-off — and they’re not as well off — because they’re having to work harder just to stay afloat.

But there comes a day when people wake up and look around and see the underlying wage trends, and I think that’s what EPI has been so good at doing, making sure that people understand what those underlying trends are and just how dire the picture has become today in 2017.

We have billionaires today who have created an enormous infrastructure of think tanks and academic institution and PR shops all devoted to spreading a market fundamentalism that seeks to justify America’s enormous concentration of wealth and income. How can a think tank like EPI gets its voice heard in this policy environment?

Sometimes it does feel like there are bottomless wells of money on the other side — the Koch brothers and the Adelsons and so on, wealthy people willing to take their fortunes and put them to work wrecking the economy and disempowering workers.

But EPI has a lot of assets and a lot of allies, and I think there are a lot of people who care in the United States. Some of them are wealthy, and some of them are not. But all of them feel invested in a stronger economy for workers.

At EPI we want, first of all, to be relevant in the lives of everybody who’s working for social change. We want to be providing the kinds of research, the kinds of materials and products and accessible information that all well-meaning activists in the United States can use on a daily basis.

And if we do that, I think we’ll be able to build a strong case for the support we need from foundations, from individuals, from unions, and from other progressive organizations — because nobody besides EPI does the work that we do. Nobody understands the numbers and can make the data useful at the state and grassroots level.

Can you say a bit more about what you see as EPI’s particular niche?

EPI has always provided the empirical research that’s been the backbone of understanding our economy and its impact on working families. We have a lot of PhD economists at EPI, about a dozen who are experts in different fields, whether it’s tax or trade or health care or retirement security, and they know the numbers. They take the government data, and they can clean it up, address any kinds of inconsistencies or glitches in it.

Because of EPI’s deep connections with the progressive community, we’re part of every conversation about what’s happening to working families and the challenges they face, what’s happening not just at the national level but also at the state level.

We see the states as laboratories for policy, in both the good sense and the bad sense. On the one hand, we have attacks on unions and workers in states where Republicans have taken the legislature and the governorship. But we also have progressive states able to put in place innovative policies for protecting workers on everything from the minimum wage to paid sick leave or family leave.

This work with progressive states really matters, because we have to be able to assess each policy change and evaluate it. Is the policy working exactly as we’d hoped? What doesn’t work? What have turned out to be the weak spots? With this evaluating, we can keep honing the policy prescriptions.

You’ve been a researcher at EPI and, as the deputy chief of staff at the AFL-CIO, an activist consumer of the research that EPI produces. How has this experience as someone who has used EPI research shaped how you’re approaching your new role as EPI’s director?

That’s a great question. I like thinking about all those different relationships with EPI I’ve had over the last couple of decades. And actually, before I came to EPI, when I worked at Dollars & Sense magazine, I was also a consumer of EPI because at Dollars & Sense, a popular left-wing economics magazine, we took EPI research and worked to make it more accessible and user-friendly.

So as a consumer I’m deeply appreciative of the work that EPI does. Sometimes, when I’m spending time on EPI’s website, I’m amazed how much work staff at EPI do, and I’m not even aware of every piece of it.

At the AFL-CIO, we used EPI’s research probably every day in some form or another, whether it was helping our state and local groups beat back right-to-work or make the case for a higher minimum wage or even help some of our unions understand the cost-of-living challenges they faced at the bargaining table.

But the key thing I’ve always appreciated about EPI’s work is its quality. There’s a lot of quality control at EPI. It’s not a sloppy, second-hand, hearsay kind of place. It’s a place for original research and a lot of attention to the numbers and a lot of pride in getting those numbers right.

But I also want EPI’s work to be lifted up and pushed out more than it has been. A lot of people out there who need EPI don’t know it exists.

The focus at EPI has always been on getting the work done, which is as it should be because if you don’t have the work done, you don’t have anything to be proud of. But the second piece of that, which is lifting the work up, repackaging it, making sure that people can use the work, whether it’s a podcast or a video or a fact sheet, I want to make sure we have the resources at EPI to do that. We have so many issues before us — forced arbitration, health care, the tax bill, trade policy. People need a strong, data-based foundation for the arguments that they’re making.

And EPI has a lot of partner organizations to help provide that foundation. We have what we call the EARN network, an analysis and research network of state-level groups that do EPI-style work. I’d like EPI to be more deeply connected to these organizations, so we can be more relevant and responsive to grassroots concerns.

Back at the founding of EPI, three decades ago, the Web didn’t exist. We had no smart phones, no way of sharing research other than printing out hard copies. EPI has since then played a leading role in making data on inequality easily accessible in our new high-tech age. Can we expect this cutting-edge high-tech role to continue to be an EPI priority?

Absolutely. I think that is the future, and the technology can be very empowering for people. You can be sitting at your desk in Minnesota and have access to a massive set of data about working families.

EPI used to put out every two years a book called The State of Working America. We don’t actually publish it in hard copy anymore, but we do make that data available on the Web. So you can go and ask all sorts of questions about what’s the median wage for African-American women with a college degree and how that has changed since 1970.

Some of that data exists elsewhere, with the federal Bureau of Labor Statistics, for instance. But a lot of times you need to make adjustments to keep data comparable over the course of decades. EPI makes all those kinds of adjustments, so that you really are comparing apples to apples and aren’t inadvertently using data that aren’t consistent.

You seem made for this work.

I really do like the idea of taking economic research and making it accessible, as opposed to being a grad student in economics, where you basically learn how to never talk to anyone who doesn’t have a PhD in economics!

From incomes to taxes

The Women of Color ‘Solutionaries’ Taking On Detroit's Deep Divisions

Why Do So Many Super Rich Despise the Poor?